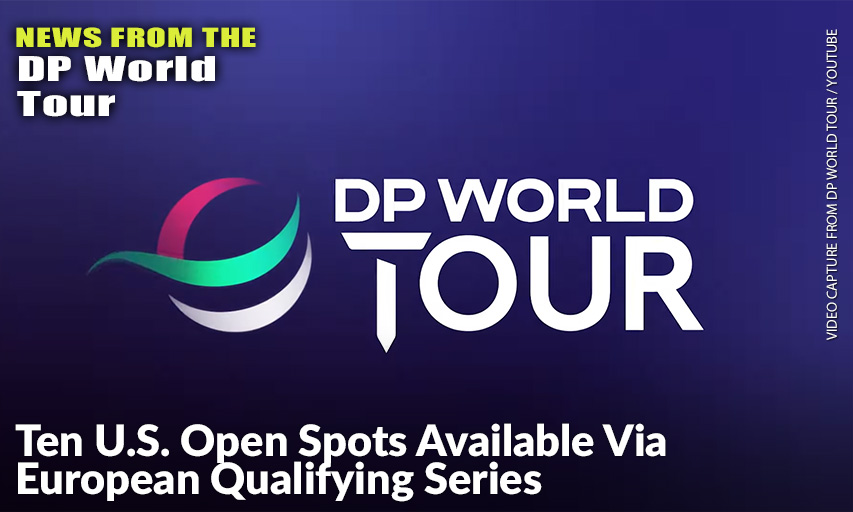 The USGA has confirmed the spots in the field at The Country Club, Brookline, will be allocated to the top ten aggregate points earners, not otherwise exempt, at the conclusion of the mini-series consisting of: the Betfred British Masters Hosted by Danny Willett (May 5-8), the Soudal Open (May 12-15), Dutch Open (May 26-29) and the Porsche European Open (June 2-5).

It is the third consecutive year the European Qualifying Series has taken place in this format having previously been a 36-hole European Final Qualifying event. Local Qualifying will also take place at 109 sites in the United States and Canada from April 25-May 23, followed by Final Qualifying on Monday May 23 and Monday June 6.

Keith Waters, the DP World Tour’s Chief Operating Officer, said: “The European Qualifying Series has been a big success since it was introduced in 2020, so we are pleased to continue our collaboration with the USGA again this year.

“The series adds further excitement and focus on our events, which take place in four different European countries in England, Belgium, the Netherlands and Germany. We therefore look forward to offering our players the chance to secure one of the coveted ten spots in the field at The Country Club, Brookline, in June.”

Italian Migliozzi went on to finish in a share of fourth position in just his second Major Championship appearance, four shots behind winner Jon Rahm of Spain.

A full list of U.S. Open exemption categories can be found at usga.org and usopen.com.

About the DP World Tour

The DP World Tour is the main men’s professional golf Tour of the European Tour group, with a global schedule featuring a minimum of 45 tournaments in 25 different countries across the 2022 season.

Formerly known as the European Tour, which was established in 1972, the 2022 DP World Tour schedule includes five Rolex Series events, along with four Major Championships, two World Golf Championship events and three tournaments co-sanctioned with the PGA TOUR, as well as tournaments staged around the world with a minimum prize of $2million for all events solely sanctioned by the DP World Tour.

DP World, the leading provider of global smart end-to-end supply chain and logistics solutions, is the title partner of the DP World Tour, which is administered by the European Tour group.

About the European Tour group

The European Tour group is the overarching corporate brand which administers four competition brands: the DP World Tour, the Challenge Tour, the Legends Tour and, along with the PGA of America, is the Managing Partner of golf’s greatest team contest, the Ryder Cup.

Established in 1972, the European Tour group is committed to ‘Driving Golf Further’ through our guiding principles of being innovative, inclusive and global.

Innovative: We are driving innovation in golf through the creation of award-winning content, pioneering tournament formats and the use of the latest technology and inventive fan engagement. We are committed to attracting new audiences whilst respecting the tradition of our sport.

Inclusive: We are committed to include all who share a love for the game of golf. We are passionate about a closer collaboration with the women’s game, golf for the disabled and promoting the many physical and mental health benefits of playing golf.

Global: Since 1972, players from 37 different countries have won tournaments on our main Tour, while our live broadcast reaches more than 490 million homes in more than 150 countries every week, generating in excess of 2,200 global broadcast hours for each event. We also enjoy the support of many of the world’s leading business brands with DP World, Rolex, BMW, Callaway, Emirates, Fortinet, Velocity Global and Zoom as Official Partners.

The European Tour group has Strategic Alliances with the PGA TOUR, the Sunshine Tour and ISPS Handa PGA Tour of Australasia, while we also drive positive community impact through our overarching CSR programme, Golf for Good.