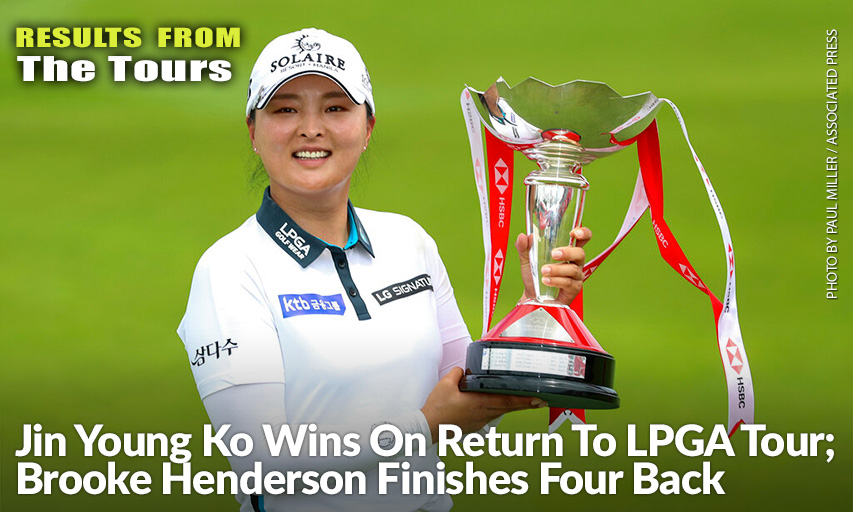 SINGAPORE (AP) — World No. 1 Jin Young Ko birdied the 18th hole [in the final round] for a 6-under 66 to win the LPGA Tour’s HSBC Women’s World Championship in Singapore by two strokes over fellow South Korean player In Gee Chun and Australian Minjee Lee.

Ko was making her return to the LPGA Tour after a three-month break which included time with her family in South Korea before a few weeks of intensive practice in Palm Springs, California.

She finished with a 72-hole total of 17-under 271 on the Sentosa Golf Club’s Tanjong Course. Lee shot 63 for the best round of the day while Chun, who led by a stroke after the third round, shot 69.

Jeongeun Lee6 was tied with Ko on the 18th but had a double-bogey 6 to finish with a 69 and tied for fourth with Atthaya Thitikul of Thailand (67).