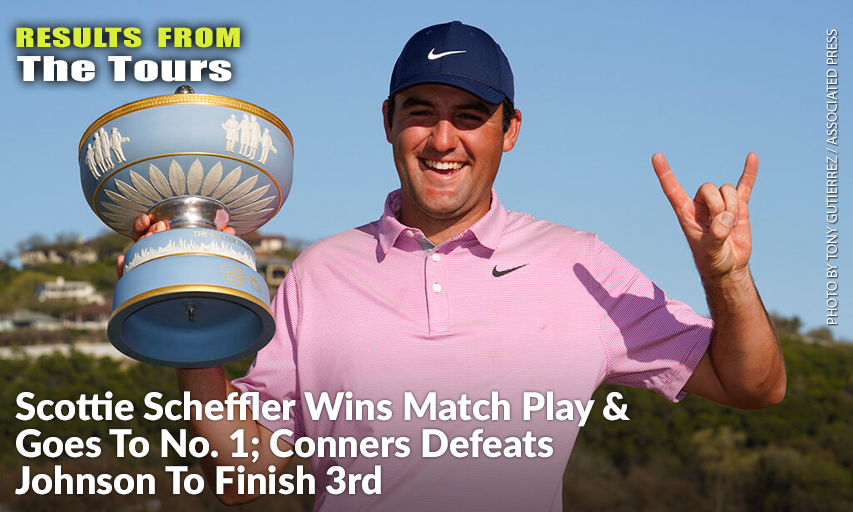 AUSTIN, Texas (AP) — Scottie Scheffler is the hottest player in golf and now has the ranking to prove it.

Six weeks after his first PGA TOUR victory, Scheffler won the Dell Technologies Match Play for his third title in his last five starts, this one enough to move him to No. 1 in the world.

One year after losing in the championship match, the 250-year-old Scheffler never trailed against Kevin Kisner, building a 3-up lead through six holes and giving him no chance to catch up. Scheffler closed him out with a par on the 15th for a 4-and-3 victory.

Scheffler never trailed in the semifinal win over Dustin Johnson or against Kisner — he went the final 57 holes at Austin Country Club without trailing — and he was so solid in the championship match that Kisner didn’t win a hole.

Scheffler won the Phoenix Open and followed that with a win at Bay Hill to move to No. 5 in the world. He needed help from Jon Rahm to get to the top. Rahm, who had been No. 1 since July 18, lost in the fourth round in 19 holes to Brooks Koepka. That paved the way for Scheffler to replace him by winning the Match Play.

He’s the sixth-youngest player to reach No. 1 since the world ranking began in 1986. Scheffler joined Kisner as the only players to win the Match Play the year after losing in the championship match. Scheffler $2.1 million. 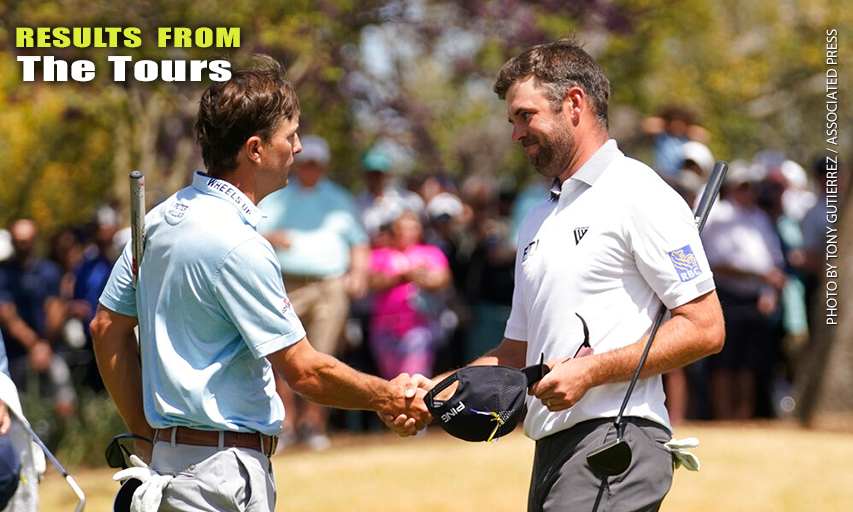 In the morning semifinals, Scheffler beat Johnson 3-1, and Kisner edged Corey Conners 2 up. Conners beat Johnson 3 and 1 in the consolation match. The Listowel, Ont., native was the first Canadian ever to advance to the semifinals.

“Yeah, game definitely feels good. I feel like a made a lot of strides with my short game. Still hitting it very well, and chipping and putting as good as I ever have now,” said Conners. “And I feel like I’ve done a good job this week. Left a few out there today, but the course is tricky. But yeah, feel great about all parts of my game.”