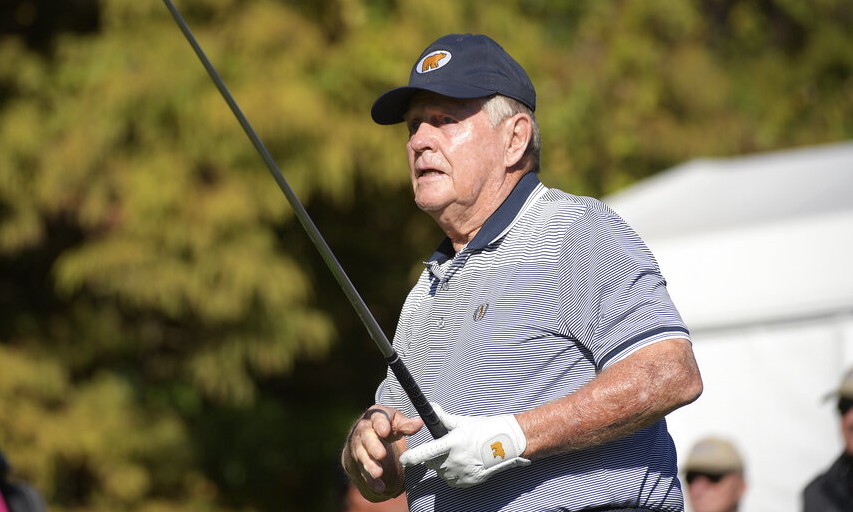 Nicklaus won two of his three British Open titles at St. Andrews, and he chose the Old Course in 2005 to play his final major championship.

He already has received an honorary doctorate degree from the University of St Andrews, and now he joins a truly exclusive company. The only other Americans to be awarded honorary citizenship in St. Andrews are Bobby Jones in 1958 and Benjamin Franklin in 1759.

The honour for Nicklaus was conferred by the Royal Burgh of St. Andrews Community Council, which is the equivalent of the “Freedom of the City” honour given to Jones.

Nicklaus retired from competitive golf with that final appearance at St. Andrews, his 164th major. He won a record 18 of them, including three at golf's oldest championship. He missed the cut but finished with a birdie as thousands crammed into balconies and peered through windows from hotels overlooking the Old Course.

Nicklaus said he left with great memories in 2005 and had no plans to return.

“And then they wrote and asked me if I would accept being an honorary citizen,” Nicklaus said at the Memorial. “I couldn’t turn that down. There’s no way in the world I could turn that down, not with Bobby Jones and Benjamin Franklin the only other two Americans who have done it. So, I’m going back.”

The ceremony will be on Tuesday, July 12. Nicklaus said he would not be taking part in the “Champions Challenge” on Monday of Open week, which brings together past champions for a four-hole exhibition on the first, second, 17th and 18th holes of the Old Course.

“I’m not going to play any golf,” Nicklaus said. “I’m not even going to take my clubs.”