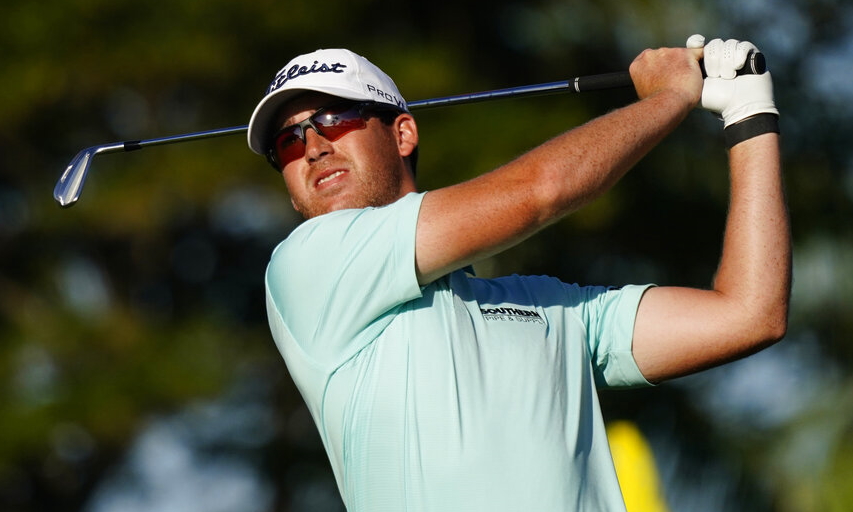 DUBLIN, Ohio — Texas A&M senior Sam Bennett was a mixture of joy and exhaustion upon making it through 36-hole U.S. Open qualifying for the first time. Still to come is the toughest test in golf.

All that might be a breeze considering what could await.

The temptation of Saudi money from the LIV Golf Invitational series has yet to present itself to Bennett, the No. 5 player in the world amateur ranking.

“I think they know that I'm coming back for my fifth year,” he said.

And if he wasn't?

And then he broke into a smile and said, “Yeah, I'd probably take it.”

Where else would he have access to riches beyond his dreams right out of college without ever having to prove himself?

Piot has missed the cut in all five of his PGA TOUR events. Ogletree has missed five cuts in the seven events he has played since he was low amateur at the 2020 Masters.

Rory McIlroy was not entirely accurate in February when offering his assessments of the attempted Saudi-funded takeover.

“Dead in the water,” he described it when Dustin Johnson and a small parade of other top players pledged support to the PGA TOUR. And then Greg Norman waved too much money at Johnson — The Daily Telegraph puts his signing fee at $150 million — for him to keep his word.

“Who's left? Who's left to go? I just can't see any reason why anyone would go,” McIlroy said.

One reason: Money, a seemingly endless supply of it from the Public Investment Fund controlled by the Saudi Arabia government.

McIlroy also referred to it as a pre-Champions Tour circuit, and that holds water. Of the six major champions playing outside London, all are 37 or older. Most of the others won't be missed, if anyone was paying attention to them in the first place.

But the college scene would appear to be ripe for recruiting.

They are not PGA TOUR members and would not fall under any discipline Commissioner Jay Monahan has in mind for the players who have defected. Even if they have a nice equipment deal and a few corporate sponsors, that can't match what Norman has to offer.

“I feel bad to put that pressure on a kid,” Xander Schauffele said. “Your parents have a lot of influence. They mold you up to that point, and then you have those numbers thrown around. I think it's brutal for them to be dealing with those numbers early on.”

Even as the launch of this 54-hole, no-cut, shotgun-start series was only two days away, so many questions remained that go beyond immediate ramifications.

Will the LIV Golf Invitational get world ranking points? Even if it did for the first one, the field projects to be equal with an opposite-field event on the PGA TOUR.

Of greater concern is how the majors will respond.

And so the conflict for college players is whether to take money now and be financially set, while potentially giving up a chance to get into the majors, except for going through the grind of qualifying at the U.S. and British Opens.

Take the money now and they could always wait to begin their career on the PGA TOUR, starting from scratch with Korn Ferry Tour qualifying school or trying to Monday qualify in PGA TOUR events. That's the road Patrick Reed took long ago.

But the good ones know they could be contending for majors not long after they get out of college. Jordan Spieth proved that. He was halfway to the Grand Slam his third year out of Texas. Collin Morikawa graduated from Cal in 2019. Two years later, he already had won two majors and was on the cusp of being No. 1 in the world.

Davis Riley had to spend two years on the Korn Ferry Tour because the COVID-19 pandemic put off graduation to the big leagues for a year. As a rookie, he already has lost in a playoff and is No. 21 in the FedEx Cup.

“You see guys like Justin (Thomas) and Jordan contending in majors a few years out of being in school,” Riley said. “There's plenty of money to play for out here. Purses are going up. I guess some guys like to chase the dollar, some guys like to chase the trophy. I can't speak for other guys. I just want to be out there. I've dreamed my whole life of coming out here and playing on the PGA TOUR. I want to win tournaments on the PGA TOUR.”

Are others that dedicated to what they always wanted, even if back then it was the only option? The Norman group is banking on players seeing their peers with far less ability getting far more money and wanting a piece of it.

Bennett has a tattoo on the inside of his left arm, words of advice his father gave him before Alzheimer's robbed him of their ability to communicate and eventually claimed his life.

He had his father write it down, and he transferred it to his arm so he can see it whenever he sets up over a shot.

“Don't wait to do something.”

The fifth year at Texas A&M is making him wait. This time, that might not be a bad thing.