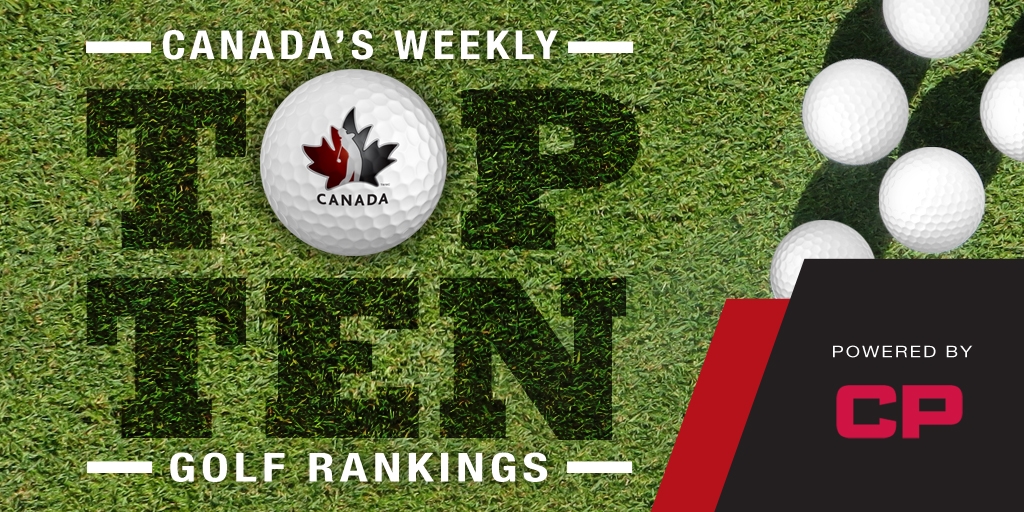 Joey Savoie made the biggest gain among the Top-10, picking up 42 spots in the world rankings after capturing medalist honours at the Torneo Internacional Copa Juan Carlos Tailhade. The Golf Canada National Team member joined with Josh Whalen – who finished fourth individually – to take the team title by 16 strokes. It’s the third time Canada has claimed the title in the last four years. The victory also enabled Savoie to take over the No. 3 ranking in Canada.

Whalen gained nine places in the world rankings as a result of his play at the Tailhade Cup.

Biggest move: Emile Menard climbed 452 spots in the world rankings after finishing in a tie for 16th at the East Bay Deli Classic @

Maddie Szeryk continued her impressive collegiate showing this fall, recording her fifth consecutive top 10 result, a tie for fourth at the Trinity Forest Invitational. It was also the fourth top five result for the Golf Canada National Team member, who holds firm at No. 28 in the world rankings.

Susan Xiao, the No. 7 ranked amateur in Canada, was honoured as the Pacific Northwest Golf Association’s Player of the Year in the Junior Girl’s category. Xiao captured the Canadian Junior Girls Championship, the AJGA UA Canadian Championship, the MJT Vancouver Season Opener and had top-5 finishes in four other events.

Outside the Top-10, Michelle Ruiz of Mississauga, Ont., gained 18 places in the world rankings and climbed up to No. 11 in the Canadian rankings after a runner-up finish at the CBU Super Region Preview. It’s her second consecutive runner-up result to close out the fall season.

Biggest Move: Alix Kong gained 154 spots in the world rankings. The senior from West Vancouver was recently named the Big Ten Women’s Golfer of the Week for the first time in her career after recording her first top five finish of the season last month at a rain-shortened event in Georgia.

Nick Taylor gained four places in the world rankings after finishing in a tie for 32nd at the Shriners Hospitals for Children Open. The result was worth 1.22 world ranking points for the No. 4 ranked Canadian. It also marked the fifth straight tournament in which he has had a points-paying finish.

Top ranked Canadian Brooke Henderson maintained her No. 13 world ranking after finishing in a tie for 42nd at the LPGA TOTO Japan Classic. The result is an anomaly for Henderson, who had posted top 10 results in three of her last four starts. Of significance, Henderson is currently fourth in the Race to the CME Globe standings. With one tournament left to play, if she can maintain a top 5 standing, she will control her fate in the chase to win the $1-million CME Globe.