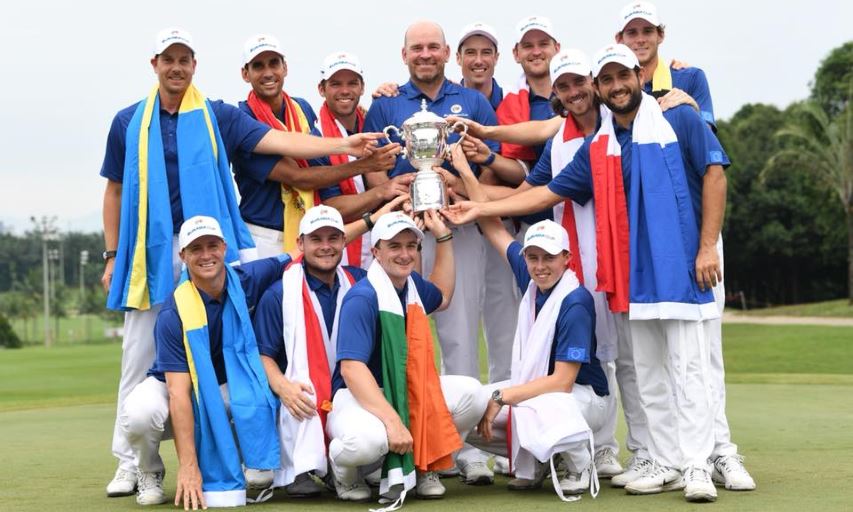 KUALA LUMPUR, Malaysia (AP) — Europe retained the EurAsia Cup after putting on a sensational showing on the final day to tame Asia 14 to 10, courtesy of eight wins in the 12 singles matches.

Asia had led by a slim margin coming into the individual play, but they were soundly beaten by the Europeans, who are using the match play tournament as a dress rehearsal for the Ryder Cup later this year.

“It was a great performance today, from every single one of them. There was a determination, and a will, and a wanting to win this,” Europe captain Thomas Bjorn said.

Alex Noren got the ball rolling with a 4 and 2 win over Nicholas Fung, before Rafa Cabrera-Bello gave Europe the lead when he beat Gavin Green 4 and 3.

Tommy Fleetwood was next to put a point on the board with a 2 and 1 win over S.S.P Chawrasia.

Poom Saksansin gave Asia their solitary point of the day when he overcame Paul Casey by 1 up.

But Henrik Stenson, the highest ranked golfer in the field at No. 9, resumed Europe’s dominance with a 2 and 1 triumph over Hideto Tanihara.

Bernd Wiesberger then triumphed over Phachara Khongwatmai 2 and 1 in a high quality duel of golf that featured 10 birdies and two eagles between them.

Alexander Levy put Europe within striking distance of the title with a 3 and 1 victory over Kiradech Aphibarnrat, before Thomas Pieters confirmed the title with a 1 up win over An Byeong-hun.

“Yeah, it’s always nice to get the winning point. Got off to a good start. Then played pretty poorly during the middle, then made a couple of very good birdies,” Pieters said after his winning point.

Tyrrell Hatton added another point for the Europeans with a 2 and 1 win over Anirban Lahiri, before Asia came back to secure some pride in the final score.

Asia captain Arjun Atwal commended the Europeans on their superior putting skills, which he said made the difference.

“We didn’t make enough putts, my players were hitting the edges. It seemed like Europe, every time I watched them, either they were chipping in or making a lot of birdies and it’s hard to beat them like that,” Atwal said. “But I’m proud of my players, every single one of them.”