The Tax Burden On Golf Could Use Some Rule Changes 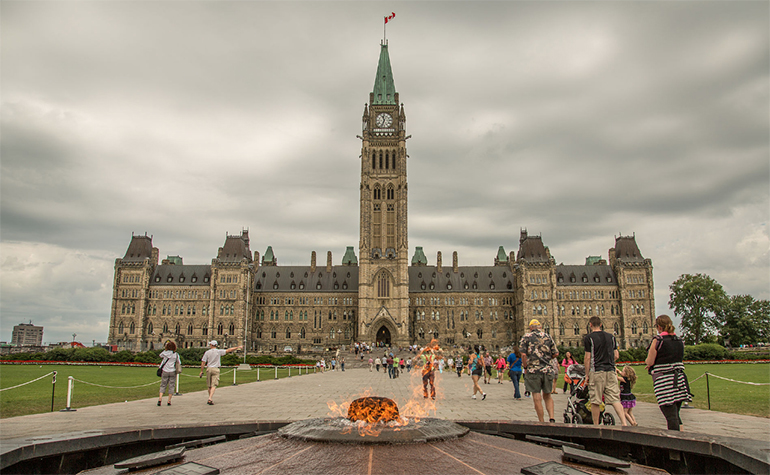 Changing some of the archaic rules of golf has taken some time but it has happened, and it will make the game better. Changing the rules laid down by the federal government surrounding golf and the Income Tax Act is another story. The process is moving at glacier-like speed, if moving at all.

Golf has been consistently excluded when it comes to allowing the game as a deductible expense under the Income Tax Act in Canada. It seems a very narrow perspective of the game back in the 70’s has contributed to this roadblock.

Back then, golf was viewed as a very prestigious sport, played mainly by the wealthy who could afford to join the fancy country clubs. However, one golf course owner told me back in the early 70’s the green fee at their public course was $7.00. Hardly a stretch on the budget.

The Golf Research Centre published a report which showed the average green fee being paid across Canada in 2012 was $52.15 for prime time and $45.50 was the median price for that same tee time. Of course, that figure has risen since then, but the game is still an affordable way to spend four or five hours outside.

So why can’t golf get a break when it comes to a tax deduction under the Income Tax Act? “Politically speaking, it’s an easy tax grab,” said Cory Litzenberger, President and Founder of CGL Strategic Business & Tax Advisors in Red Deer, Alberta.

He says the government of the day back in 1971 saw a chance to get the tax trifecta with golf. They made it a taxable benefit to the employee, non-deductible to the employer and made it income to the recipient running the facility.

The National Golf Course Owners Association has been battling this issue for years with a keen eye on how small business owners are being handed a double-bogey when it comes to using golf as a business tool. NGCOA Executive Director Jeff Calderwood pointed out the group has met with politicians over the years to change the rules and restore tax fairness to the golf industry in Canada. It seems nobody wants to play.

Back in 2016 an Ontario MP introduced a Private Members Bill to allow for tax deductions which other competing hospitality industries enjoy. His argument was along the same lines of a level playing field, pointing out the United States and United Kingdom allow this under their tax codes.

It all sounds encouraging but golf is still on the wrong side of the tax ledger when it comes to deductions. Some small business owners will use tickets to hockey, baseball and football games to woo customers and it’s no secret as to how much business can be conducted on any golf course in Canada on any given day.

However, while you can deduct the tickets, taking somebody golfing, well, you are footing the bill yourself. “It can be a good business decision (golf) but ultimately it comes down to dollars and if at the end of the day, if I can’t have any type of deduction for that, I might be looking at other options to do something similar,” said Litzenberger. “That hurts both the golf course providers and possibly the relationships I’m trying to build.”

Being able to deduct golf, even at 50 percent of the cost seems to be a perfect fit under the rules of the meals and entertainment section of the tax act. So why can’t our politicians in Ottawa see this in a positive light? The National Allied Golf Associations has chimed in on this issue over the years, including releasing their own report showing golf is a big hitter when it comes to charities.

Canadian golf facilities host more than 37,000 events and raise more than $533 million annually for worthwhile causes. In addition to that staggering number, the report underlines golf as being worth more than $14 billion per year to the Canadian economy.

It’s an impressive number but Litzenberger says this success may hurt the industry’s chances of changing the minds of those who create the rules - the politicians. “Governments of the day like to be the ones that help something and so if something’s already successful, then they can’t take credit for it. Why would they try to make it better?” he said.

The industry appears to partially be building its case on the fact this isn’t a level playing field but if you are doing well it’s a plea falling on deaf political ears. While they may be right, it might be better to include a different approach to sway the rule-makers minds.

“We’re trying to promote the outdoors, we’re trying to get kids away from the screen, to get people walking and enjoying the fresh air,” suggested Litzenberger. “Maybe this will help people appreciate the environment more. Put the spin on it that are the buzz words of the day. That’s what politics is, what’s going to get me elected tomorrow.”

The general feeling is if tax deductibility was to be brought in, it certainly wouldn’t be a bad thing for golf course owners who might see an increase in rounds played.

On May 29th golf industry officials will be in Ottawa for National Golf Day where they will be able to meet with politicians one-on-one to discuss the game and possible tax changes.

Maybe they could take them golfing, but of course there would be no tax deduction - at least not yet.