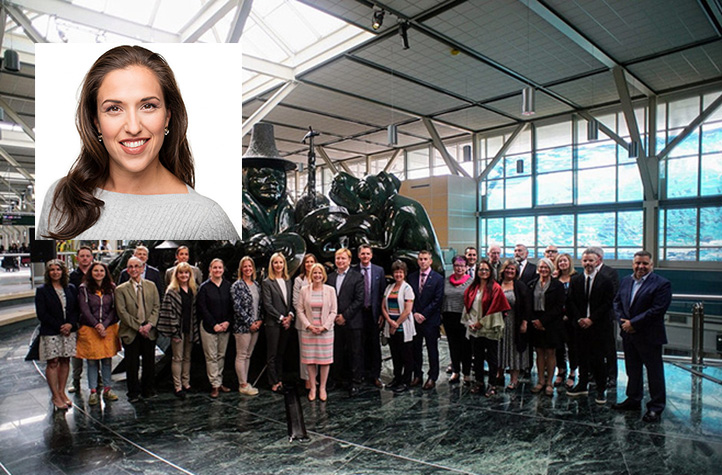 A new Minister’s Tourism Engagement Council (MTEC), with a diverse membership to help guide government's tourism policy, strategy and program implementation, has been announced by Lisa Beare, Minister of Tourism, Arts and Culture.

Beare made the announcement to media and tourism industry stakeholders prior to the first official gathering of the council last Friday (June 1st).

“This council brings a fresh approach to tourism industry discussions in B.C., drawing on expertise from a wide range of sectors, across all tourism regions of the province, and giving arts, culture and sport a greater voice,” Beare said.

“I’m excited to roll up my sleeves and get to work with this council, and I’d like to congratulate each of the members and thank them for volunteering their time. I know that working together, we’ll keep B.C. tourism growing.”

As industry representatives from the provinces’ six tourism regions, the new council members will help government achieve sustainable tourism growth in the province by providing advice on policies, strategies and the issues that affect the industry, and helping to set tourism priorities, goals and strategy implementation.

Sheila Bouman, CEO of viaSport, has been named chair of the council. Glenn Mandziuk, CEO of the Thompson Okanagan Tourism Association, will serve as vice-chair.

“The new Minister’s Tourism Engagement Council is a great forum for members to provide advice to government on maintaining a competitive tourism industry,” said Walt Judas, CEO of the Tourism Industry Association of B.C. “Collaboration will lead to the adoption of best practices, which will make our industry even stronger.”

The size – 28 members – and diversity of the council will ensure government receives timely information about emerging issues from every geographic region and every major tourism sector.

Members will serve for one- or two-year terms. The council is a volunteer commitment, but members will be reimbursed for travel to MTEC meetings, which will be held up to four times per year.

Michelle Collens – Vancouver Sport Hosting: Collens is the director of sport hosting with the City of Vancouver, working closely with all levels of government, tourism, and community and sits on the 2018 British Columbia Golf Board of Directors.