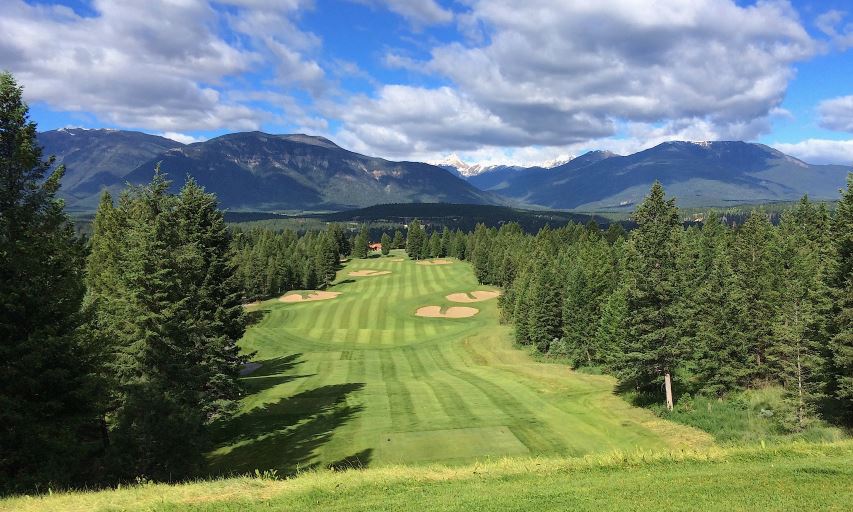 While Head Pro Scott McClain Claims That The Point GC Offers Players A Mild Start To Their Round On The Par-70 Layout, And Some Beautiful Views On Top Of That, Be Assured That Things Do Become More Difficult As You Move Through This Columbia Valley Layout. (Photo/Gord Montgomery)

INVERMERE, British Columbia — Considered by many to be one of the best plays in the Columbia Valley, Copper Point Golf tees up more for players than perhaps expected — like two courses that make you use every club in the bag.

The older of the two tracks, The Point, and its younger sister, The Ridge, are set in beautiful terrain in the valley which may help take your mind off the odd wayward shot you may imbibe in. Stretching from 5,000 yards up to 6,800, The Point is everything anyone could want in a championship-style layout while over at The Ridge, distances are whittled down to just under 5,100 yards at the longest to 3,575 at the shortest, making for a pleasurable circuit which includes 10 par-3 tests.

Gary Browning designed The Point and it gets your round off to a good start, hopefully, with what could be considered an easier beginning on a par 5 where balls are guided back to the fairway’s middle by the sloping terrain. Thats followed up by and nice little par-3.

“From my perspective, it’s a friendly sandwich,” said head pro Scott McClain of the dynamic layout of The Point, where you get that so-called easier start, a tough middle stretch and then a great finishing stretch of holes. “You do have lots of challenge but it doesn’t hurt you right off the bat and it doesn’t hurt you at the finish. That’s a nice way for people to experience the course.”

The Point offers up its defence on the par-4 holes, many of which make you break out fairway woods and long irons to reach the putting surface in regulation after a good tee shot. But, those approach shots can be tempered by starting out from the right spot.

“I think with this being a par 70 course people think it’s going to be a little bit shorter,” McClain noted. “The beauty of the five sets of tees here is you can play to your ability,” and then your final score falls on your shoulder totally dependent on how well you strike the ball that particular day.

Holes 10 through 13 are the sternest challenges on The Point, and the pro agrees with that. 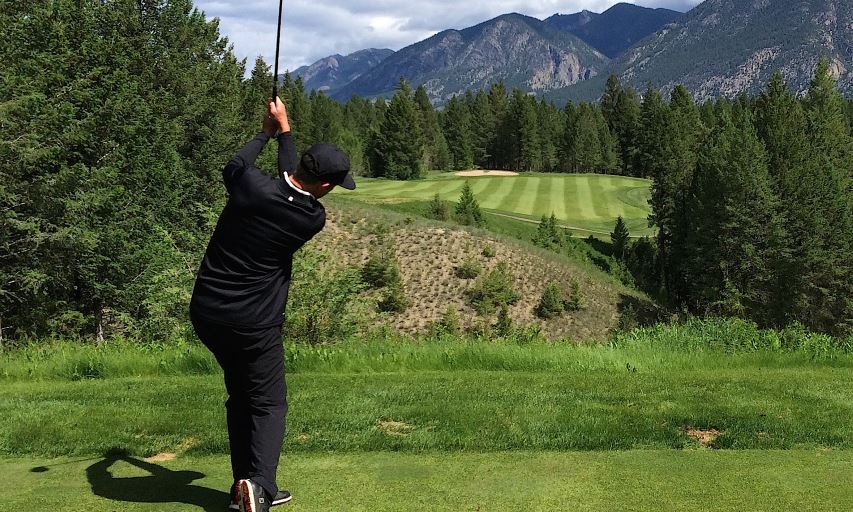 Scott McClain Shows Great Form On One Of The Shorter Par-4 Holes As He Stripes His Tee Shot Off The Elevated Tee Box. (Photo/Gord Montgomery)

“The adjustment on 10 was to do a few things,” McClain explained about softening the 526 yard par-5 beat. What they’ve done is taken away the narrow landing area off the tee, widening it to let players go both left, the old safe route, or right, the new, shorter bypass to the green that does still include some hazardous areas but those are harder to hit now as they are smaller in scope.

One of the great things about Copper Point is if you’re coming in with a full head of steam, you can play both these great courses in the same day for an unbelievable price. And, the food here is great in the restaurant, so filling up the fuel tank between rounds is a no-brainer.

As for the baby sister, it’s anything but an executive style course.

“Absolutely!” said McClain. “We look at why golf isn’t as popular as it was, what kind of things we’re competing with. The Ridge, we call it a Master’s style course where there’s lots of challenge, because all the holes are full length holes but with no par with fives. The things we like in golf are to shoot better scores, play in better time, and pay a little less, and that’s what The Ridge provides.”

“It’s definitely something once people play they're hooked. It's a hidden gem.”

Overall, Copper Point offers everyone what they want in a golf outing - challenge, variety, great service and great golf and that’s what they strive to provide each and every day regardless of the 18 holes you undertake.

“We’re super proud of what we have here and the whole experience,” said McClain. “Last year, The Point course was ranked in the Top 59  public golf courses in Canada, number 28, which we were thrilled about. Over the years, the 14th for The Point, it’s had time to mature and develop. It’s the one experience folks don’t want to miss. It’s friendly and the courses are fun to play.” 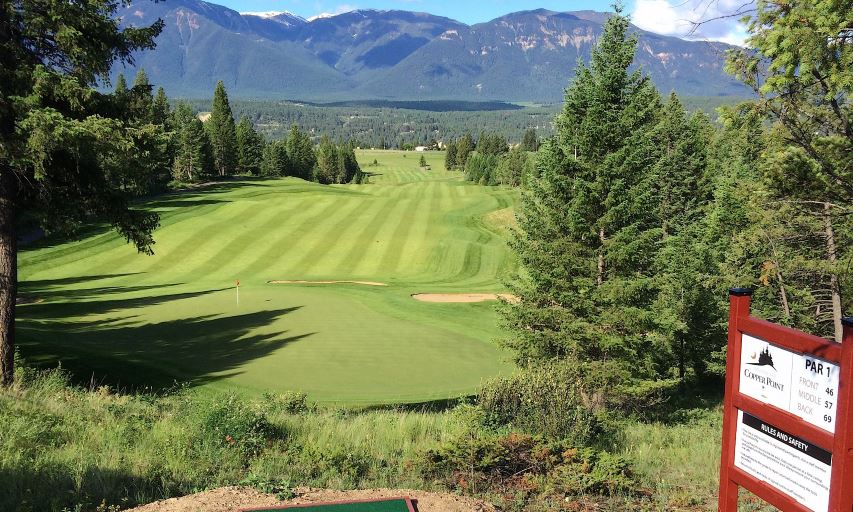 If Your Round On Either The Point Or The Ridge Courses Didn't Go Quite The Way You'd Planned, Especially On The Par-3 Holes, Take On The Patio Pitch-Off Afterwards Where For A Small Price You Can Not Only Help Junior Golf At This Great Facility But Have The Chance To Win The Jackpot. (Photo/Gord Montgomery)

What also fun to play is the Patio Pitch-Off, where if you're bemoaning the results of tee shots on the par 3 holes on either course, you can try to balance things our with a dandy on this little par-1 hole.

For $5, players get two whacks at the little downhill hole that plays to 69, 57, or 46 yards. Part of those funds go into a hole-in-one pot while another share of the playing fee is earmarked for junior golf.

So no matter which track you want to challenge, or both for that matter, you’re going to find Copper Point the place to tee it up in the Columbia Valley — and who knows? Maybe, if you want to take on the additional challenge, you can pocket a few bucks at the Patio Pitch-Off to round out your day or weekend.

For tee times or more information about either course, go to their website at copperpointgolf.com or call them at 1-877-418-GOLF (4653).