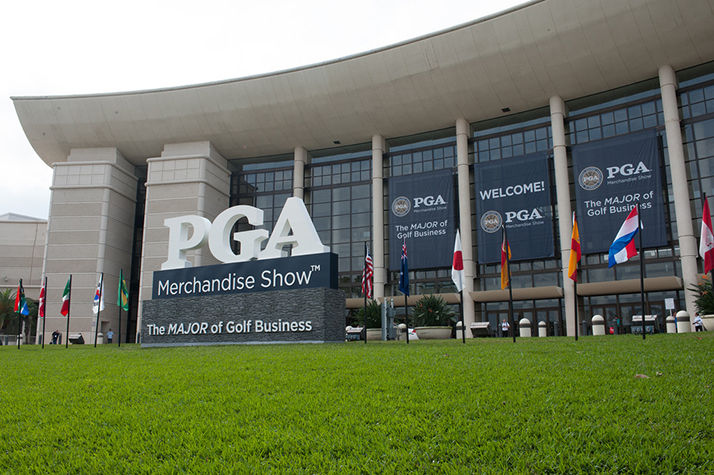 The golf industry’s annual convention, also known as the “MAJOR of Golf Business,” was held January 24-27, 2017 in Orlando, Florida.

It is the largest annual golf show in the world with 40,000 golf industry professionals from 85 countries in attendance and is the official start to the 2017 golf season.

To get into the swing of the season the first day of the PGA Show is Demo Day.  It was held at Orange County National Golf Centre. It offers a unique driving range in the shape of a circle with 200 hitting bays.

Thousands of PGA Professionals and invited golf retailers were on hand to preview and personally test the newest equipment, training aids and accessories from more than 100 top golf companies.

In addition to the hitting bays there were multiple putting greens located around the range and a vendor village at the 42-acre practice facility. PGA TOUR players and celebrities were on hand to give demonstrations and clinics for their sponsors and to meet and chat with attendees. 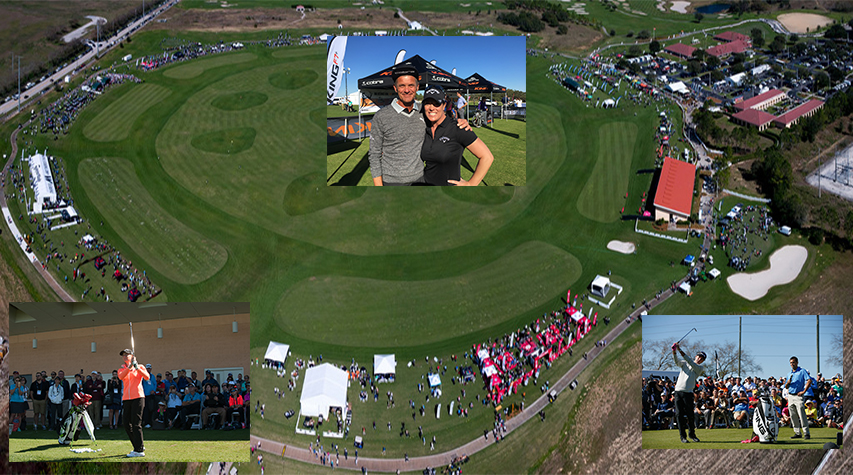 The remainder of the Show runs for 3 days at Orange County National Convention Centre. This year, World Golf Hall of Fame inductees Colin Montgomerie and Annika Sorenstam kicked off the show to an excited crowd.

There were more than 1,000 exhibiting golf companies and brands that included 271 companies new to the PGA Show spread out over 1 million square feet of interactive exhibit, demonstration and meeting space. Over 7,500 PGA professionals were in attendance which is an increase from 2016. 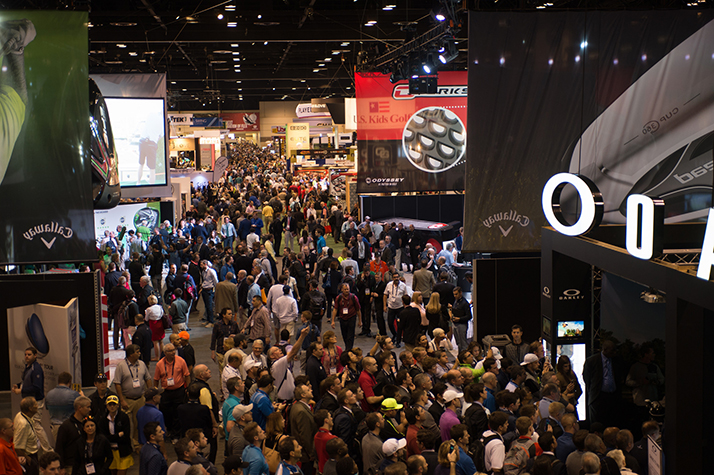 Apparel companies also used the PGA Show to launch their new colours, styles and fabrics that will be new and hot for 2017.  Trends include use of bright colours, sports performance fabrics and details along with timeless classic styles and leisurewear. 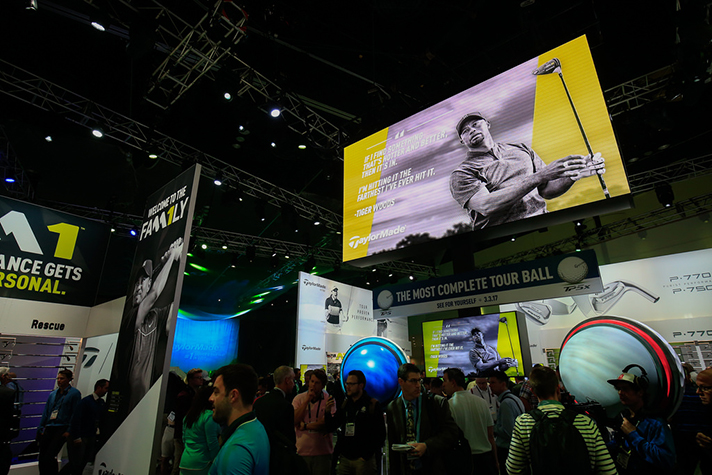 The PGA of Canada also hosts a packed house for Canada Night, a celebration of 10 National Award recipients including honours such at Golf Professional of the Year, Coach of the Year and Junior Leader of the Year. There is also a PGA of Canada Hall of Fame Induction. One of the honourees this year was LPGA Tour player and PEI native Lorie Kane.

For those who could not attend, Golf Channel delivered nearly 20 hours of coverage from the PGA Show and SiriusXM PGA TOUR Radio Network broadcast 34 hours live during PGA Merchandise Show Week.

If the PGA Show was any indication, the 2017 golf season will be better than ever.

About the Writer: Lisa “Longball” Vlooswyk is a 7-time Canadian Long Drive Champion and currently ranked Top 5 in the World.  She is a Keynote Speaker, Golf Journalist, Golf Entertainer and just launched a new Instructional Video.  Lisa can be reached through her website www.lisalongball.com or through Twitter @LisaLongball