Tiger Watch: For Woods, A Picture Says It All 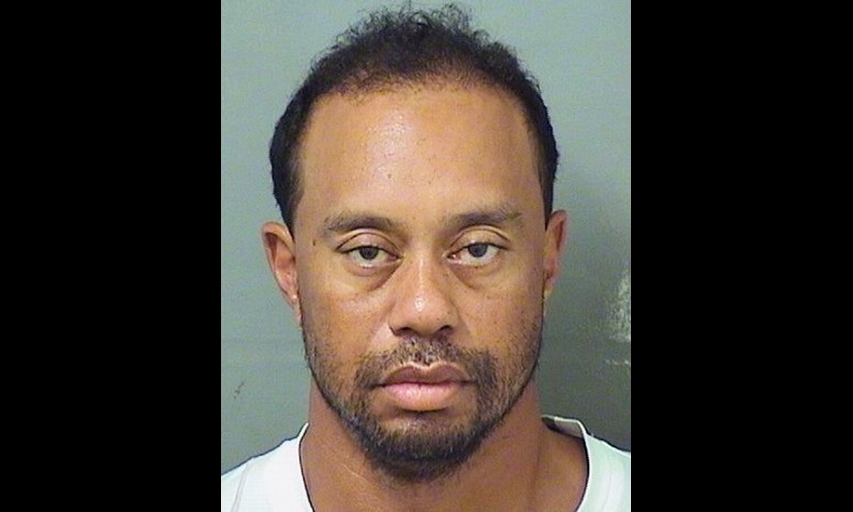 PALM BEACH, Florida (AP) — The arrest itself may be little more than a historical footnote as years go by, even if it was the event that finally buried any remaining mythology surrounding Tiger Woods.

The picture will live on a lot longer.

There was Woods as we've never seen him, his sad eyes drooping as he stares vacantly into the camera at the Palm Beach County jail. His hair is unkempt, there's a three-day growth of beard on his face, and he looks like he can't wait to go home and sleep something off.

It will almost surely end up being the defining image of his downfall, a stark reminder that greatness can be a burden not always suffered easily. If there was any doubt that Woods is a troubled soul, it's erased in a mugshot showing eyes that appear dead to the world.

Two decades ago, the image people at Nike announced his arrival with commercials that said, "Hello World." Now all we can do is hope Woods is not trying to say goodbye to what for him has become a very different world.

Never mind that it wasn't alcohol, as Woods quickly pointed out after he got home and cleaned himself up. Somehow, he seems to believe the fact he hadn't been drinking makes things look better.

That's nonsense because there's no difference, just a choice. Pill poppers are just as dangerous as tequila drinkers on the highways, and it seems Woods took more than his share before getting in his Mercedes and going on a ride to nowhere.

Woods was so out of it, he was found sleeping in a car still running with the right turn signal blinking. So out of it that when asked to recite the alphabet backward, he thought the police officer meant the national anthem.

So out of it at 3 a.m. on a holiday that he didn't know where his house was and thought he had been driving from a golf tournament in California.

The internet, of course, couldn't wait to weigh in on the mugshot. There was great hilarity at Memorial Day cookouts around the country as people gathered around their phones to see how far the mighty Woods had fallen.

And on Tuesday the photo graced the front page of two New York tabloids with the same headline, "DUI of the Tiger."

"Washed up golf legend busted in Fla.," the Daily News added, because there's nothing better than kicking a star when he's down.

It's easy to laugh because we like our heroes to fail. If watching Woods struggle on the golf course in recent years was fun, there's nothing like seeing him before a booking cam on his way to the slammer.

What's both telling and a bit sad is that no one is rushing to come to Tiger's defense. He's alone, just as he was in the car in the middle of the night on a Florida roadway.

For all his greatness, there has always been a certain disconnect with Woods. For years he was arrogant to fellow players, treated fans dismissively and couldn't be bothered with the media.

That's fine when you're on top and everyone is in awe of what you're doing. But in the descent that began outside his mansion over Thanksgiving weekend in 2009, no one has been there to hold Woods up.

His enablers will try to spin it, of course, because they have jobs to protect. But they have little credibility anymore, and neither does he.

Just a few days earlier Woods announced that his most recent surgery had finally alleviated his back pain. Yet he told police that he was taking several different medications, including Vicodin, a highly addictive painkiller.

Well, which is it?

And now there's the picture that says way more than 100 spin doctors can say.

It wasn't long ago that Woods was the world's greatest golfer, someone who brought thrills to a sedate sport every time he teed it up. The fact he had character flaws was carefully hidden as he won major after major, the final one on one good leg.

His flaws have been exposed to the world for the past eight years, and Monday's arrest was just the latest example.

The first step might be to look at the mugshot every morning to remind himself just what he's become.

Tim Dahlberg is a national sports columnist for The Associated Press.