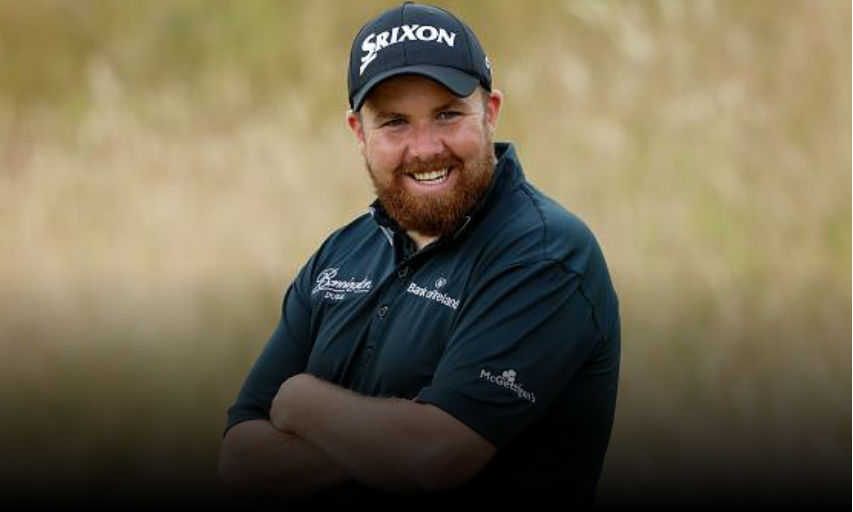 If only it were that simple.

His three-shot lead to start the final round Saturday was gone in three holes.

When he walked off the 11th green with his fourth bogey of the round, Lowry found himself trailing Richard Sterne by four shots with seven holes to play.

The 31-year-old Irishman showed plenty of fight the rest of the way and delivered his best full swing when he needed it.

Lowry hit 3-wood onto the green at the par-5 18th and two-putted for birdie and a 1-under 71 for a one-shot victory.

Lowry won for the first time since he captured the World Golf Championship at Firestone in the summer of 2015. "I completely thought I was gone, to be honest," Lowry said.

"I just tried to put him under as much pressure as I could. But I didn’t think I had that in me today."

Sterne, who closed with a 69, applied plenty of pressure by opening with four birdies in five holes to take a one-shot lead, and Lowry started to falter around the turn with a pair of bogeys that dropped him four shots behind.

Lowry thought about the 2016 U.S. Open at Oakmont, where he took a four-shot lead into the final round and closed with a 76 as Dustin Johnson surged to victory.

"The one thing I got from Oakmont is I laid down and I didn’t show any fight or bottle there, and I did that today," Lowry said.

"I felt after the 11th hole, I was getting myself in the same situation that I got myself in Oakmont and I genuinely thought that. But I kind of had a quick word with myself and told myself to just kick on now and just see what I can do for the next seven holes."

Sterne, who shot 31 on the front nine, came back with bogeys on the 14th and 16th, and Lowry holed a 12-foot par putt on No. 17 that he feels won him the tournament.

The Irishman had a big advantage going to the 562-yard closing hole because Sterne only had a 5-wood in his bag, not enough club to get home in two.

"The shot he hit into 18 was world class," Sterne said.

Lowry started the tournament by tying the course record with a 62.

He ended it by hanging on for dear life and delivering clutch moments at the end with his putter on the 17th and his 3-wood on the 18th.

"It was an emotional roller coaster today," Lowry said.

"I obviously went out with the lead by a few and before I knew it, I was four behind. I was brave out there today. I grounded out well and I’m over the moon."

Lowry finished at 18-under 270 for his fourth career victory on the European Tour.

The timing worked out well for the Irishman.

The victory allowed him to crack the top 50 — at least No. 41 — and takes him to the top of the Race to Dubai.

That assures him a spot in two World Golf Championships over the next two months — Mexico City and the Match Play in Texas — and improves his chances of staying in the top 50 by the end of March to get into the Masters.

Brooks Koepka closed with a 70 and tied for ninth, assuring that Justin Rose — who is playing the PGA Tour in California this week — will remain at No. 1 in the world.