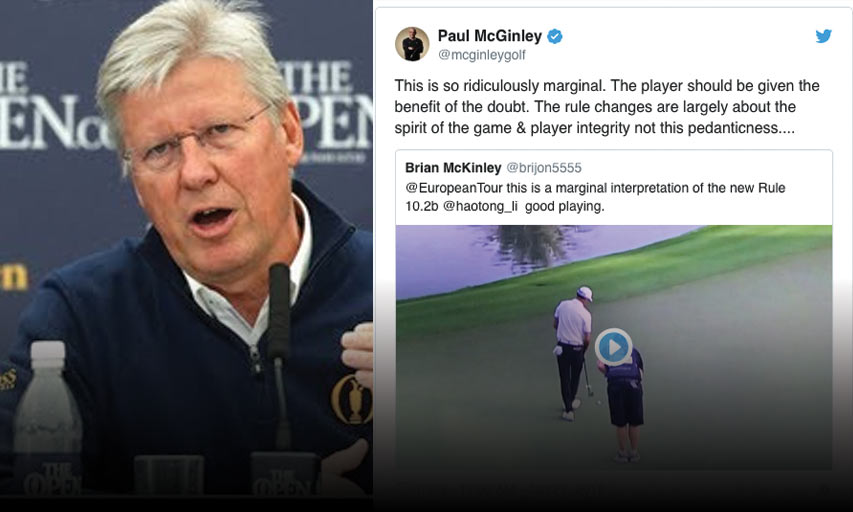 There has been plenty of negative feedback towards the ruling sparking the R&A to answer to the criticism.

Martin Slumbers, Chief Executive of The R&A, said, “We have reviewed the Li Haotong ruling made by the European Tour referees and agree that it was correct.

There has been some misunderstanding of the new Rule and I would point out that it is designed to prevent any opportunity for the caddie to stand behind the player as he begins to take his stance.

Whether the player intends to be lined up is not the issue.

We appreciate that it was a very unfortunate situation yesterday and I completely understand Keith Pelley's concerns when a Rules incident occurs at such a key stage of a European Tour event but there is no discretionary element to the Rule precisely so that it is easier to understand and can be applied consistently.

“We are continuing to monitor the impact of the new Rules but I made it clear to Keith that our focus is very much on maintaining the integrity of the Rules for all golfers worldwide.”