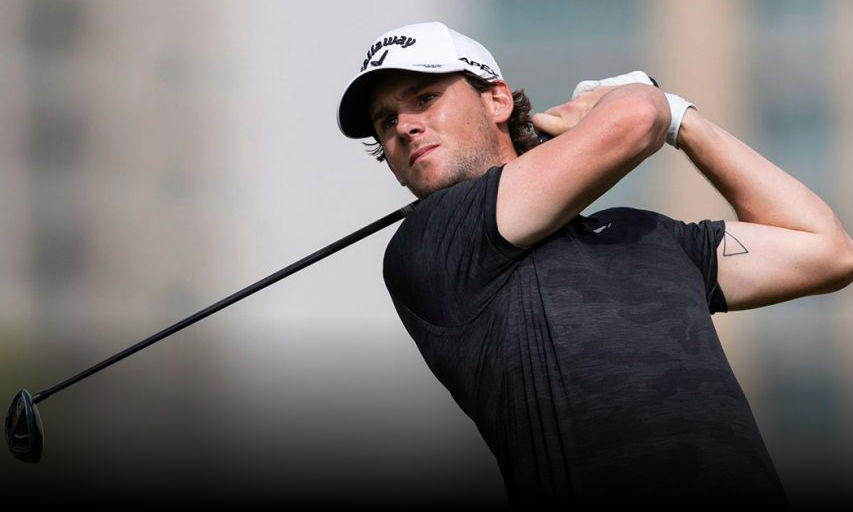 KING ABDULLAH ECONOMIC CITY, Saudi Arabia — Thomas Pieters shot 7-under 63 to take a two-stroke lead on Thursday after the first round at the Saudi International, a new European Tour event being held amid scrutiny of the kingdom’s human-rights record and condemnation following the killing of journalist Jamal Khashoggi.

Pieters made seven birdies and was bogey-free around the Royal Greens Golf and Country Club, where the world’s top three players — Justin Rose, Brooks Koepka, and Dustin Johnson — are playing.

None are within four shots of the lead, with No. 3-ranked Johnson faring best after a 68.

Koepka shot 69 and top-ranked Rose bogeyed the last hole for an even-par 70.

The 76th-ranked Pieters, whose last top-10 finish came at the Czech Masters in August, felt his game was coming together in his first two starts of 2019 in Abu Dhabi (16th) and Dubai (29th) but said his putting let him down.

He gave himself easier birdie opportunities at the Saudi International by hitting his wedges and short irons close, notably at the par-3 17th when his approach settled at tap-in territory for his final birdie of the day.

"I think I had maybe 10 good chances for birdie and made seven of them," he said.

"It was a very good day on the greens."

Among the six players tied for second place on 5 under was Alfie Plant, who went out in 28 — after seven birdies in his first nine holes — but didn’t pick up another shot coming home.

Plant, the leading amateur at the British Open in 2017, is only at the event after receiving an invitation.

Rose and Johnson both said they struggled to read the greens, which they described as "grainy."

"Collectively, our group was probably the worst putting round I’ve seen for three professional golfers in a long, long time," said Rose, who played alongside Koepka and former British Open champion Henrik Stenson (68).

Coming off the first overseas win of his career at the Dubai Desert Classic, Bryson DeChambeau shot 68 and was tied with Johnson and Stenson.

Rose and other top players have avoided discussing the political ramifications of the European Tour taking an event to Saudi Arabia for the first time, just as the kingdom is under the microscope.

Rose said on Wednesday he was happy to play so he could help "support growing the game" in the Middle East.