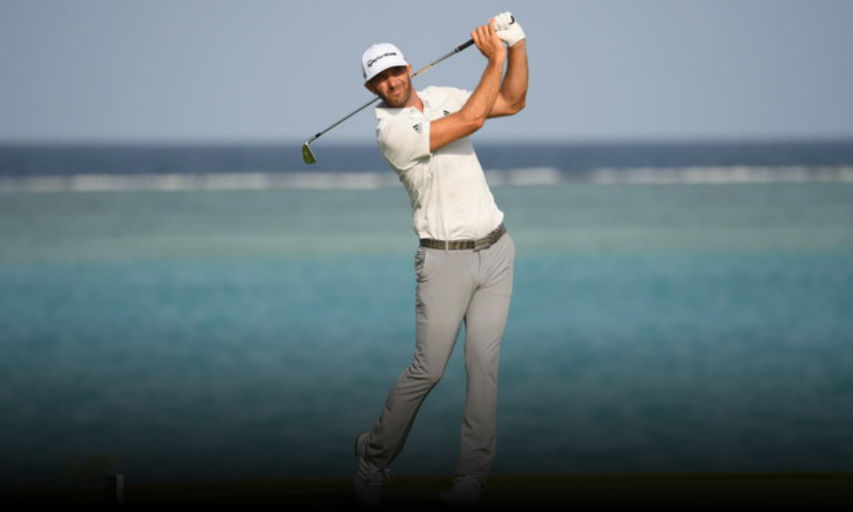 He may have shot his best round ever but Dustin Johnson claimed he still was not in top gear as he took the lead at the halfway point in the inaugural Saudi International.

Last May the American ace was the first golfer confirmed, amid much fanfare, to be teeing it up at the Royal Greens Golf & Country Club.

He was the marquee signing and he justified that star billing with an impressive nine-under 61.

He fired seven birdies and one eagle to set the new course record and produce his lowest round ever.

It was evidence, if any was needed, that when on song few golfers can keep up with the world No. 3.

But the 34-year-old warned the chasing pack he can get even better.

“I’ve played quite a few good ones, so I wouldn’t say it was the best, but it was a low score. I played really solid all day and gave myself a lot of opportunities. Yeah, it was a very good round.”

Despite winning more tournaments than anyone over the past five years there is a sense that “DJ” has been underachieving.

For a player of his talent — big booming drives, solid iron play and an under-appreciated touch around the greens — just the solitary Major to his name is scant reward for a player that when on song few can match.

If he were to go on and become the first winner of this event it would give the organizers the big-name win they probably crave and Johnson the win that can set up a stab at more Major victories.

Friday's round illustrated everything good about his game and the simplicity with which he goes about scoring low. In marked contrast to current man-of-the-moment Bryson DeChambeau Johnson’s philosophy is very much see ball, hit ball.

He was enjoying his time out on the course and at one stage looked like he was going to shoot the European Tour’s second 59.

“Obviously you always have fun when you’re playing well, but yeah, I did a lot of the same things I did (on Thursday),” He said.

“The greens rolled a little bit better today. I felt like I paid a lot more attention to exactly what the putts were going to do and just kind of tried to make sure I just trusted the line that I was playing and made some putts today. You know, drove it really well and gave myself a lot of opportunities."

“I was trying to go birdie-birdie, but I never really thought about (getting a 59)."

“I wasn’t even thinking it was a par-70. I was just trying to keep getting my score lower and lower.”

He may not have broken 60 or have played at his very best, but Johnson is sure he can keep up the pace he has set so far this week.

“I like the golf course. I’m driving it really well right now, so if I keep hitting it in the fairway, I’m going to really like this golf course,” he said.