In The Midst Of Birdies And Bogeys, A Marriage Proposal 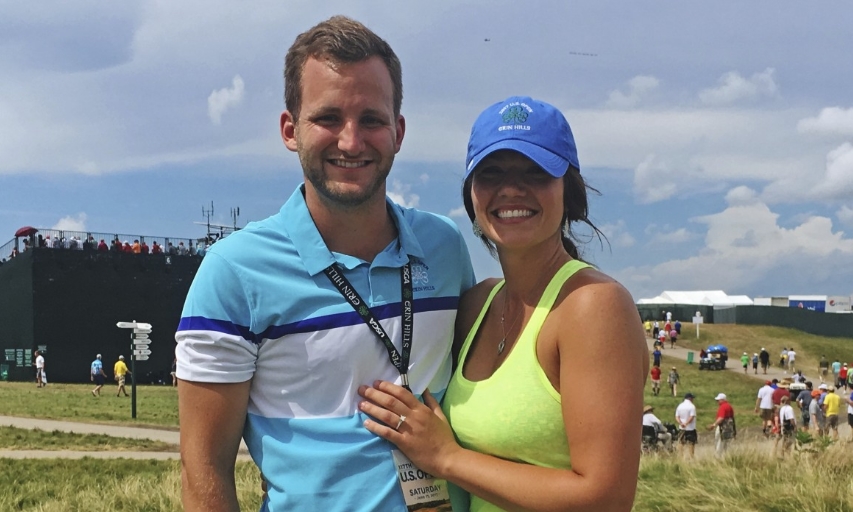 Malea Blise Poses With Her Engagement Ring After Nick Rogness Proposed To Her During The Third Round Of The U.S. Open. (AP Photo/Doug Ferguson)

ERIN, Wisconsin (Doug Ferguson/AP) — Nick Rogness felt as nervous as anyone at the U.S. Open — not because of a golf club in his hand, but the diamond ring in his pocket.

Rogness waited for the crowds to chase after the final two groups during the third round, creating enough space on a hill to the right of the second hole at Erin Hills. He dropped to his knee and proposed to Malea Blise. She said yes.

"Trying to find some privacy amid all this madness," Rogness said.

This is the first U.S. Open in Wisconsin. Rogness, who is from the Milwaukee area, said he and Blise have been playing golf most of their lives. He picked the spot above the second fairway because Holy Hill Basilica can be seen in the background.