Complaining About Rules Not Doing Golf Any Favors 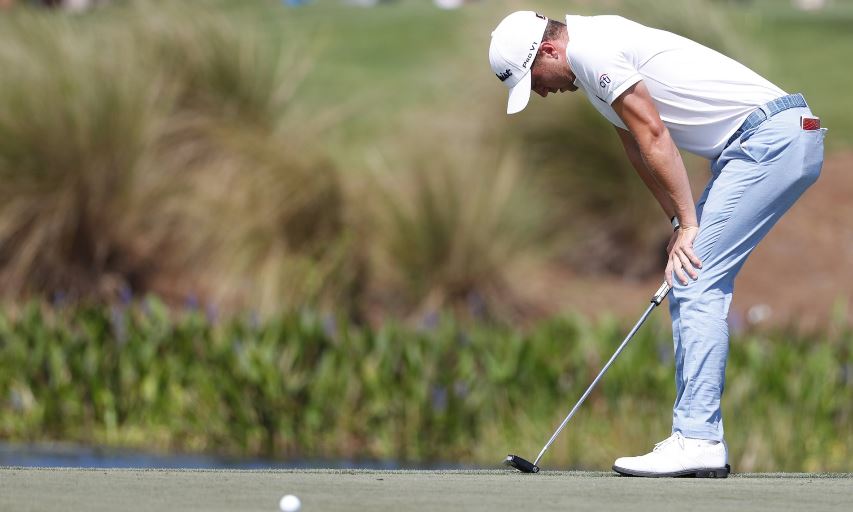 ORLANDO, Florida — The memo PGA Tour commissioner Jay Monahan sent to players on the new Rules of Golf can be interpreted different ways based as much on the timing as the message.

One theme was to be patient.

“We are committed to playing under these rules as we analyze their effectiveness ... and it’s important to acknowledge that we are not at the finish line yet,” Monahan said in a memo.

Another was to look at the USGA as a partner instead of a villain.

“This is a collaborative process, one the PGA Tour has been a part of from the beginning, along with all organizations in the world of golf,” he wrote.

The hope is that it will lead players to stop complaining about the rules and simply follow them.

The latter has not been as big of a problem as the media — social or otherwise — has let on. According to ShotLink data that tracks every shot on the PGA Tour, only three penalties under the new rules have been assessed to tour members on roughly 258,000 shots hit this year.

One of them was last week in the Honda Classic when Adam Schenk was penalized two shots because his caddie was standing behind him for a tough shot out of the bunker. The caddie alignment rule already was adjusted on the fly a month earlier in Phoenix, allowing a player to avoid the penalty if he steps out of his stance.

Schenk didn’t, even though it was evident his caddie was there to discuss the best way to play the shot, not to show him where to hit it.

No matter. Modern rules are still written in black and white.

That’s when Justin Thomas, who earlier in the week had said the new rules were “terrible,” tweeted the ruling with two hashtags: growthegame and USGA.

The USGA, a convenient scapegoat from too many U.S. Opens that were marred by rules disputes (Oakmont) or course setup, decided to bite back with a tweet that was shockingly inappropriate for such an austere organization that has been around for 114 years.

It accused Thomas of canceling every meeting they had scheduled, noted that USGA rules experts were on site for five straight tournaments to start the year (Thomas played three of them) and suggested that he “call us.”

He did. And it turned nasty.

Thomas said no meetings were ever scheduled, much less canceled, and the USGA tweet was inaccurate.

The USGA soon sent another tweet thanking Thomas for getting in touch with them “offline ” (translation: privately). Monahan says USGA chief executive Mike Davis left him a message saying he would call Thomas to apologize. The USGA corrected itself with another tweet — lacking an apology — saying that Thomas did not cancel any meeting or dodge any discussion and that it valued all the players’ opinions.

So maybe the USGA deserves some credit. If not for the original tweet, odds are Monahan would not have sent the memo to players.

The message still needed to be delivered.

“It was important to remind the membership of the role we play, how important their voices are and to continue to make certain our players give us constructive feedback we need to have a proper discussion with the governing bodies,” Monahan said at Bay Hill.

Some of the feedback hasn’t been all that constructive.

Rickie Fowler, penalized in Mexico City after failing to drop the ball from knee-height, said the new rules are “not doing any favors to our sport.” Neither was Fowler by not taking ownership of his mistake, instead suggesting the rule will be changed.

Thomas thinks the new rules are terrible, a blanket statement for 24 rules, most of which have introduced common sense that have been lacking (removing a leaf from a bunker, repairing spike marks on the green, eliminating penalties for accidentally moving your ball on the green).

During five years of meetings to reshape the rules, the PGA Tour had some 50 items on its list of proposals. Tyler Dennis, the tour’s vice president of competition, said virtually all of them were incorporated. This wasn’t just a USGA and R&A function. It was everyone.

The idea that the PGA Tour should set its own rules is a dangerous path and one that doesn’t interest Monahan. He sees the professional tours working with — and being heard by — the USGA and R&A.

Rules, ancient or modern, have provided a structure for golf at every level for more than 250 years. Why is it suddenly a problem now? What’s amazing is that as much as modern golfers look at themselves as athletes, they can’t seem to figure out how to bend ever so slightly to drop the ball at knee level.

Is it really that hard?

For all the drama created by so much unnecessary complaining, one message Monahan wanted to make clear was to keep talking. Discussion is healthy. Reasonable debate can lead to change. Thomas did just that in Phoenix, leading to the caddie-alignment tweak.

But be reasonable. Be patient. Minus the theatrics, the knee-level drop should soon be as routine as starting up a courtesy car (with a full tank of gas).

“This is an industry in which change is not a natural act,” Monahan said. “You have this amount of change, you’re bound to have questions. We anticipated that, and that’s where we are. Some rules are getting a lot of discussion, and they will continue to get a lot of discussion. But right now, these are the rules we’re playing under, and we need to let them perform.”