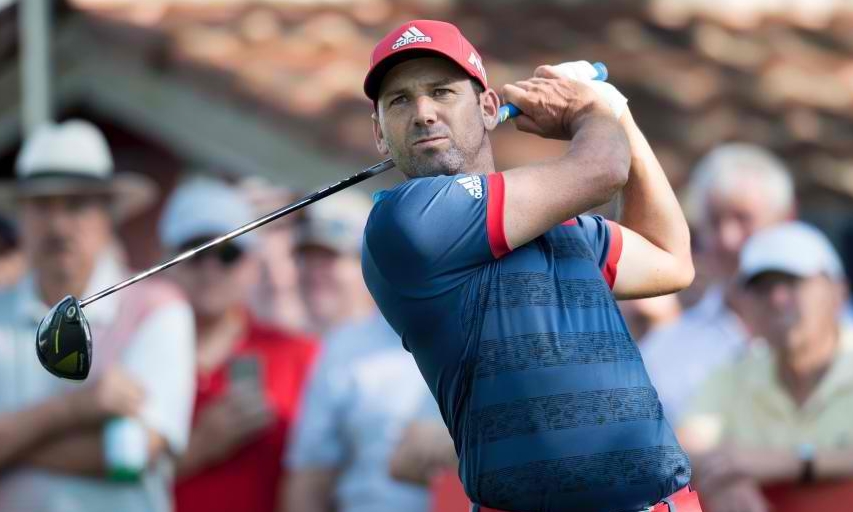 Spain's Sergio Garcia Plays A Ball During The First Round Of The Golf Europe Tour International Open. (Sven Hoppe/dpa via AP)

MUNICH, Germany (AP) — Sergio Garcia opened his first event in Europe since his Masters win by shooting a bogey-free 6-under 66 to lie two strokes off the lead at the BMW International Open.

Wade Ormsby (64) took the overnight lead from Thomas Detry (65), and Joost Luiten and Thorbjorn Olesen (66) were tied for third with Garcia.

"I felt like I played quite well, not spectacular, but very consistent," Garcia said.

Garcia opened with six birdies while Ormsby, who arrived at the Eichenried course on the back of three missed cuts, returned to fine form with eight.

"I had a fast start out there, turned in 30 on the front nine, and then kind of kept it going on the back," the Australian said.

Detry had a bogey on the first hole but recovered with six birdies and an eagle.

Defending champion Henrik Stenson (67) was among 12 players tied for sixth.