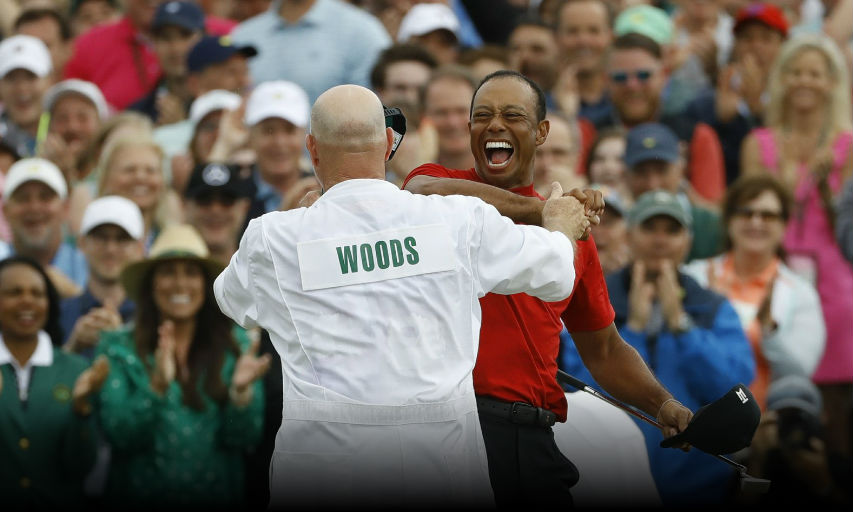 AUGUSTA, Georgia — The sex scandal. The mugshot. The debilitating injuries.

That only made his 15th major title all the more rewarding.

Or, as Tiger put it not long after tapping in a gimme putt for a one-stroke victory at the Masters:

For so much of his life, the outline that Woods and his hard-driving father, Earl, had so carefully laid out went just as they intended.

But when Woods captured his fifth victory at Augusta National — and his first major championship in 11 years that must’ve felt like several lifetimes — he let out a scream that reflected the depths of his personal and professional hell.

Some of it of his own making, to be sure.

Some of it beyond his control, in all fairness.

All of it leading to a day that just didn’t seem possible, not since the master plan fell apart in so many ways.

“Ahh, it fits,” Woods said, beaming as he tugged on that famous green jacket for the first time since 2005, a photo of Bobby Jones staring down above his left shoulder in the Butler Cabin.

For so many years, everything fit so neatly.

From his astonishing swings on “The Mike Douglas Show” at the age of 2 to becoming the first player to win three straight U.S. Amateur titles to capturing the Masters not long after his 21st birthday by a whopping 12 strokes, the Tiger Way was pure perfection, generating millions for him and his sponsors.

He married a Swedish model, had two beautiful children and kept adding one major title after another, capturing his 14th by his early 30s, on a seemingly unstoppable quest to surpass Jack Nicklaus as the greatest champion of them all.

His marriage. His reputation. His body.

He had major reconstructive surgery on his left knee shortly after hobbling to what had been his most recent major championship, a playoff victory in the 2008 U.S. Open at Torrey Pines. 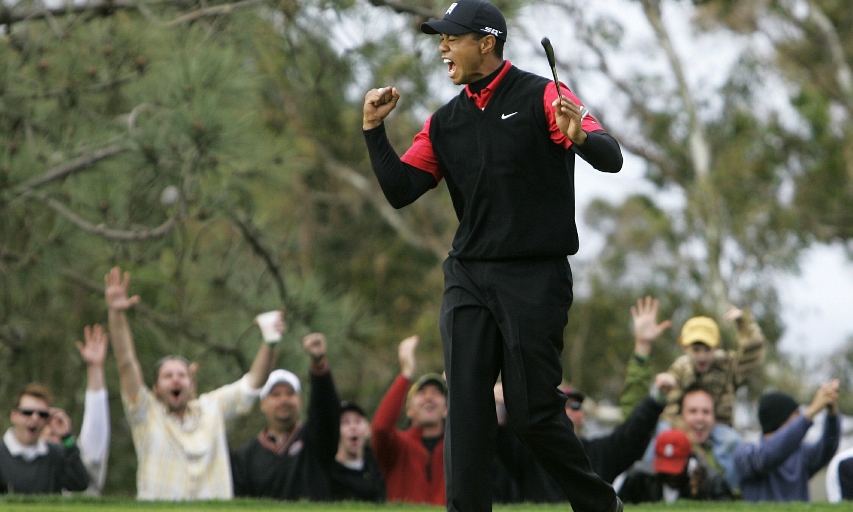 Turns out, that was only a minor prelude to all that agony that was to come, so much of it self-inflicted.

While everyone was celebrating the Thanksgiving holiday in 2009, Woods crashed his SUV into a tree and a fire hydrant outside his Florida home. That led to reports of a myriad of extramarital affairs, wrecking the facade he and his father had constructed of the dedicated athlete and perfect family man. Overnight, one of the world’s most famous people became a punchline.

Woods checked into a Mississippi clinic for more than a month, apparently to deal with some sort of sex addiction. Most of his major sponsors fled for cover. Elin Nordegren divorced her cheating husband.

In Woods’ return to golf at the Masters, he received a tongue-lashing from Augusta National chairman Billy Payne for his lack of moral scruples and for the poor example he set for America’s youth.

A far cry, to be sure, from the greeting he got Sunday in the interview room from green-jacketed moderator Craig Heatley, “Welcome back, Tiger. Or more appropriately, welcome home.”

If Woods thought things couldn’t get any worse back in 2010, he was mistaken.

His body continued to betray him, leading to one surgery after another in an attempt to alleviate the unyielding pain. His back was such a mess that it became a struggle just to walk, or sleep, or play with his kids. Woods faced the very real possibility of never playing golf again, not even for fun.

“So where is the light at the end of the tunnel?” he asked ruefully in 2015, a few weeks before Christmas. “I don’t know.”

At that point, Woods conceded, any further achievements on the golf course would be mere “gravy.”

The fourth surgery on his back was something of a last resort. Sure, he wanted to play golf again at the highest level, but he probably would have settled for a lifting of the pain and the ability to lead somewhat of a normal life. About six weeks later, he sank into another abyss when police found him asleep — or passed out — behind the wheel of his running car in the middle of the night. He was arrested and briefly jailed. His mugshot showed the face of a man whose life had seemingly spiraled out of control.

Woods blamed it on a bad combination of pain medication, pleaded guilty to reckless driving and entered a diversion program.

While he worked — again — to restore some order to his personal life, Woods began to realize that the fusion on his back had resulted in something of a medical miracle. His swing got stronger and stronger, more and more like the Tiger of old. He kept dreading a return of the excruciating, piercing pain, but it stayed away. 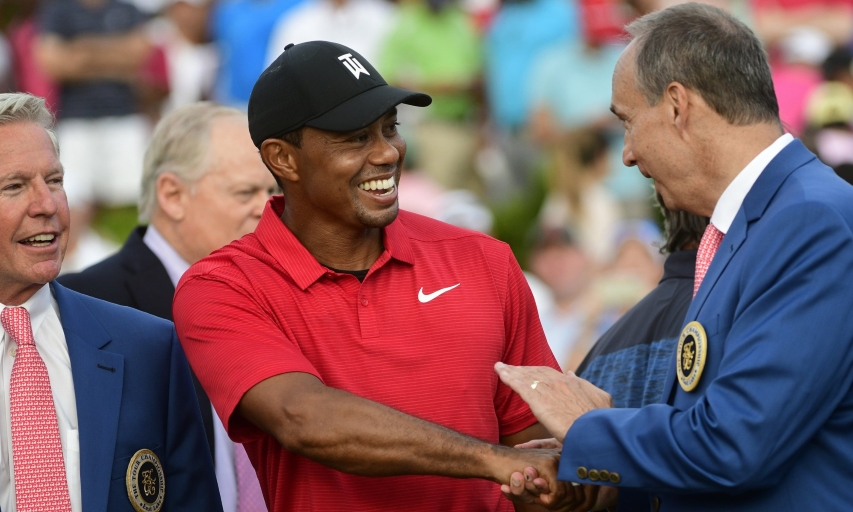 Physically and mentally fit, he contended at the last two majors of 2018, claimed a spot on the U.S. Ryder Cup team and won the season-ending Tour Championship at East Lake — his first victory of any kind in more than five years, setting off a wild, course-storming celebration from the gallery.

“That confirmed I could still win out here against the best players,” Woods said. “That gave me a lot of confidence going into this year. I wanted to keep building on it. I wanted to get my mind and body peaking for Augusta.”

Once again, a plan came together.

Only this time, it came with a lot more baggage.