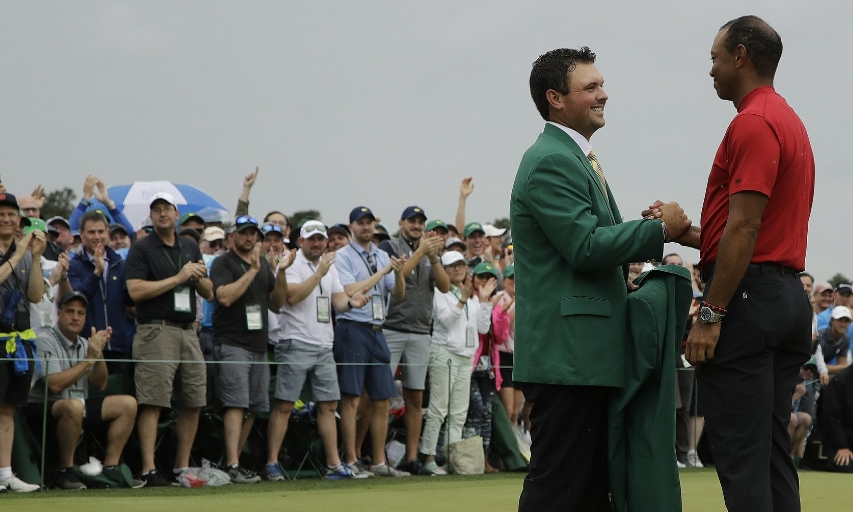 AUGUSTA, Georgia — Tiger Woods won the Masters and nearly stopped the Twitterverse in its tracks.

There were shout-outs from two presidents who have played with the five-time champion, congrats from a cavalcade of actors and musicians and most fitting, perhaps, were the celebratory toasts from a parade of A-list athletes including Tom Brady, Kobe Bryant, and Serena Williams.

“Congratulations, Tiger!” former U.S. President Barack Obama tweeted. “To come back and win the Masters after all the highs and lows is a testament to excellence, grit, and determination.”

A moment later, after Woods’ final putt dropped on 18, Trump added from the presidential limousine: “Love people who are great under pressure. What a fantastic life comeback for a really great guy!”

New England Patriots quarterback Tom Brady, who won a record sixth Super Bowl this past February, joked that he was plotting how to match the number of major golf championships Woods has now accumulated.

Brady explained his non-stop tweeting, saying the final round of the Masters was his only “couch day of the year.”

In the NBA, LeBron James said he was “inspired” by Tiger’s win.

Portland coach Terry Stotts was into the action even though his team was preparing for a playoff game.

Even Serena Williams took a break from partying at tennis player Caroline Wozniacki’s bachelorette party in the Bahamas to congratulate Woods.

“I am literally in tears watching @TigerWoods this is Greatness like no other. Knowing all you have been through physically to come back and do what you just did today? Wow Congrats a million times! I am so inspired thank you buddy.”

Actor Hugh Jackman sent his congrats from a less-exotic locale. He took a selfie in front of a TV screen, apparently at home, showing Woods in the background walking up the fairway en route to his win.

“What a comeback!!!” he gushed. “Congrats @GCTigerTracker on winning @TheMasters”

It wasn’t just Americans enthralled with Tiger’s comeback story. The BBC led its evening news broadcast with news of his fifth green jacket.