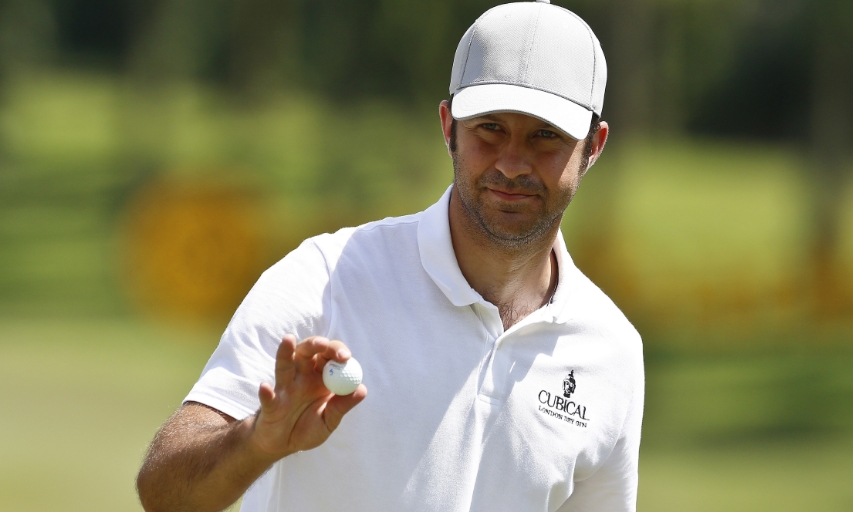 RABAT, Morocco — Spanish golfer Jorge Campillo overcame a poor start in the fourth and final round before posting a 2-under 71 to win the Trophee Hassan II by two shots.

It ended a long wait for the 32-year-old Campillo, who clinched his first European Tour victory at the 229th attempt. He finished 9 under overall.

“I’m grateful, but it’s been way too long. Way too many hours of work since I was a boy to today,” Campillo said. “I’m just proud that I can say I’m a winner on the European Tour.”

He started the day one shot behind overnight leader Erik Van Rooyen, but the South African finished in a three-way tie for second place after a disappointing 1-over 74 featuring three bogeys and two birdies. Americans Julian Suri (71) and Sean Crocker (72) were tied with him for second place.

Campillo effectively sealed the win with consecutive birdies on holes 16 and 17 on the Royal Golf Dar Es Salam course.

“It was tough, I was missing shots off the tee but I putted great,” he said. “I’m proud of the way I finished. I finished today like a champion.”

American David Lipsky, who shared a one-shot overnight lead with Crocker after the second round, finished four shots behind Campillo in fifth after an erratic 72 featuring six birdies and five bogeys. His round included three straight birdies on Nos. 7-9 and three consecutive bogies on Nos. 14-16.

The tournament has been part of the European Tour since 2010, and has never been won twice by the same player.

Defending champion Alexander Levy of France had a miserable tournament, finishing tied for 84th place at 6 over after missing the cut.