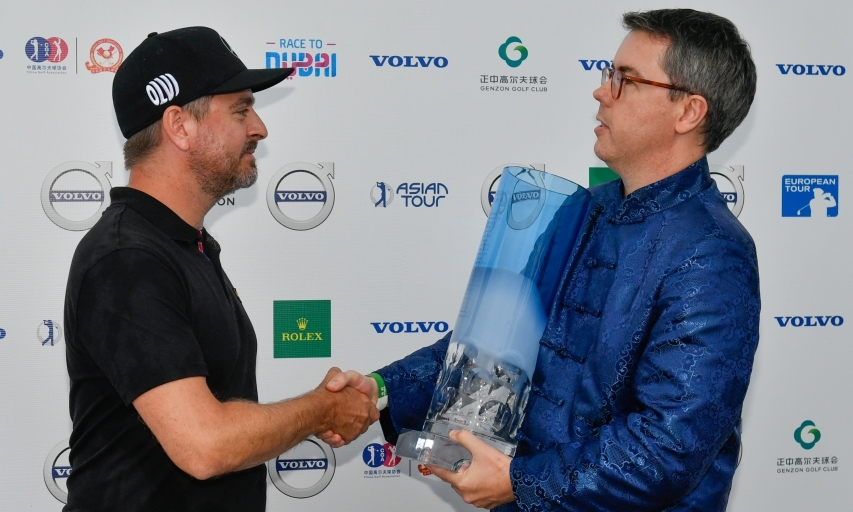 SHENZHEN, China — Mikko Korhonen of Finland held his nerve on the first playoff hole to edge Benjamin Hebert and complete his comeback to win the Volvo China Open.

Korhonen started the final round three shots behind Hebert, the overnight leader, but closed the gap after shooting a 6-under 66 to finish in a tie with the Frenchman on 20-under 268. And he didn’t take long to wrap up the title, sinking an eight-footer for a birdie on the first playoff hole.

Chinese golfer Kuang Yang, who became youngest person to make the cut at a regular European Tour event — outside the majors — at 14 years, 6 months, 12 days, shot a final-round 73 to finish in a share of 55th place with a 4-under 284.

Jorge Campillo (67) of Spain, who was in the final group with Korhonen and Hebert, just missed out on the playoff on 19 under to finish third. Local favorite and 2016 winner Li Haotong was another three shots back in fourth.