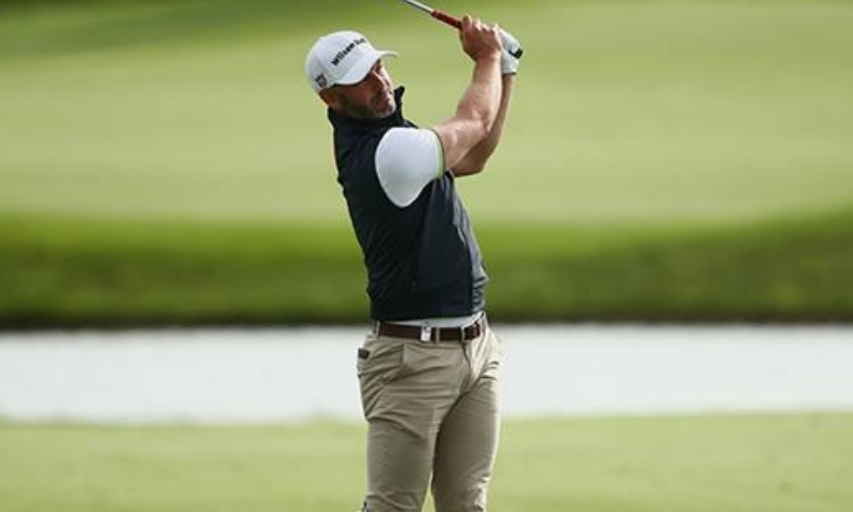 GUYANCOURT, France (AP) — Paul Waring shot a 7-under 64 at the French Open to take a two-stroke lead in a first round where the main attraction turned out being the antics of a competitor's mother.

The 279th-ranked Waring rolled in seven birdies and was bogey-free on Le Golf National course that will stage the Ryder Cup next year. Nathan Kimsey, Alexander Bjork and Thomas Pieters were the nearest chasers after 66s.

Pieters managed to keep his focus down the stretch after being witness to a bizarre incident near the 11th hole that had players laughing.

The mother of 21-year-old Chinese player Li Haotong rolled up her white shorts and waded into some muddy water to recover a putter that had been discarded by her son in frustration after a bogey on No. 11 about 20 minutes earlier. She collected the club and slowly returned with it to dry land, only to throw it back into the water because it had been snapped in half by Li.

Pieters found it so funny that he fell to the ground and rolled onto his side, but he regained his composure to make birdie on the next three holes.

Tommy Fleetwood carried over his form from the U.S. Open by shooting 67 to lie three shots back.

Fleetwood was fourth at Erin Hills two weeks ago for his best finish in a major, and backed that up by tying for sixth at the BMW International Open in Germany last week.

Jon Rahm took a break from playing on the PGA Tour to make a rare appearance in Europe, and the 11th-ranked Spaniard shot 70.

Li played the final seven holes of his round using a sand wedge as a putter, even managing a birdie on No. 14. He shot an even-par 71.

Three qualifying places for the British Open are on offer for players who finish in the top 10 and are not exempt. Waring and Pieters are among those already assured a place at Royal Birkdale next month.