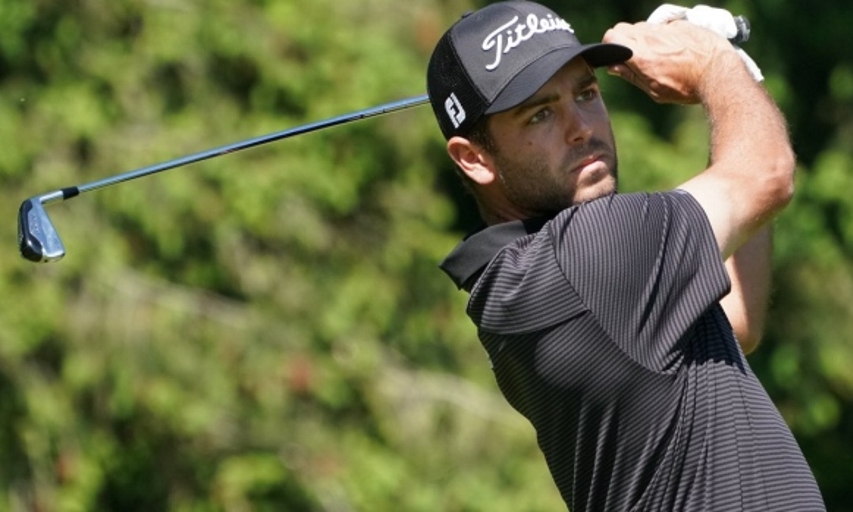 KELOWNA, British Columbia — For four years, Jake Knapp and Jonathan Garrick practiced together, ate together and lived together. They just never played against each other.
That will change on Saturday.

The best friends and former UCLA teammates enter the third round of the GolfBC Championship tied at 11-under 131, two shots clear of fellow Bruin Lorens Chan. Five others are tied for fourth at 8-under 134.

“It’ll be a nice walk being able to be with one of my best friends,” Knapp said. “It’ll be nice to play 18 holes together. We’re very close friends. We’re going to go to dinner tonight together. We’ll chat nonstop.”

It was Knapp that entered Friday with the advantage, as he ended the opening round one shot clear of the field. But Garrick quickly surged to the forefront with a second-round best 7-under 64 in the morning wave to rise to a three-shot lead.

Garrick carded a bogey-free 30 on the front nine, including a 25-foot birdie at No. 8, then stuck a 5-iron to 15 feet for eagle on the par-5 12th. He would eventually move three clear of the field with a 15-foot birdie at No. 17 before ending with a critical 8-foot par save at the last.

“Obviously I saw (Knapp) was leading yesterday and knew I had to jump out in front of him because he’d probably play well again,” Garrick said. “ … Just to know that we know each other’s game very well, and obviously he won the first event by quite a few and played pretty decent last week on TOUR. It’s a little bit of inspiration for me.”

Not to be outdone, Knapp pulled even midway through his round with eagles at Nos. 6 and 9 and a birdie at No. 8. He briefly fell to 10-under with a bogey on the 15th, but quickly got it back with a birdie at the ensuing hole.

Chan, meanwhile, posted a bogey-free 65 to join his fellow college teammates inside the top three. He posted an eagle at the ninth, then closed with birdies on two of his last four holes to pull within two shots.

“This is like team qualifying maybe, it’s pretty cool,” Chan said. “I played with Jon last week. We live pretty close to each other and practice at the same course. It’s nice to see him play well this week. I’m not surprised by Jake. He’s already got a win, so I don’t expect anything less from him.”