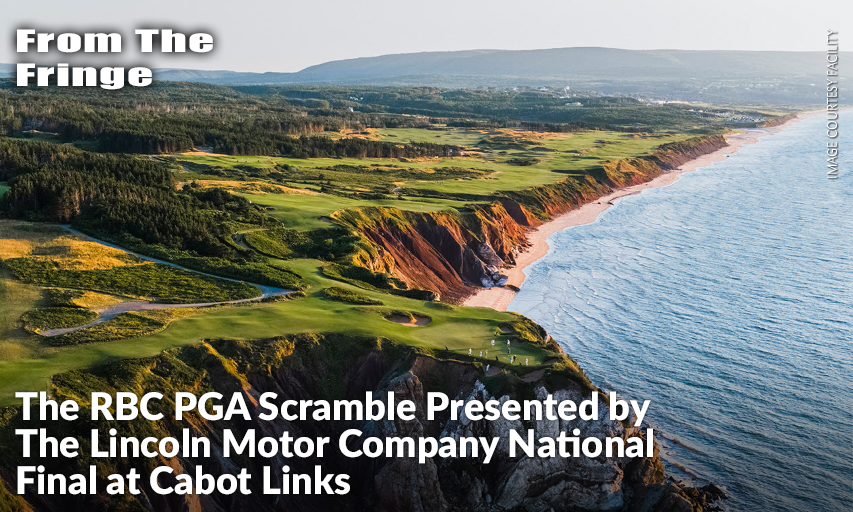 Golfers from coast-to-coast will descend upon Inverness, N.S. for what promises to be an event of a lifetime.

“We here at Cabot are thrilled to host the RBC PGA Scramble presented by The Lincoln Motor Company National Final,” said Cabot Links’ General Manager Andrew Alkenbrack. “We plan on putting on a fantastic show for the winning amateurs and their PGA of Canada professionals from around the country.”

Located in Inverness, N.S., Cabot Links is Canada’s first and only authentic links golf resort. Nestled between the Atlantic Ocean and the picturesque town of Inverness, the Cabot Links course represents a dramatic departure from the typical golf excursion. With six holes playing directly alongside the water and every hole offering an ocean view, Cabot Links is where traditional links-land golf comes to life against the spectacular Nova Scotia landscape.

“All the amateur golfers and PGA professionals participating in the RBC PGA Scramble presented by The Lincoln Motor Company National Final are in for an unforgettable experience at Cabot Links,” said PGA of Canada president Mark Patterson. “It’s a given that everyone will be blown away by the world-class golfing experience, but we feel the off-course activations and festivities will also be second-to-none.” 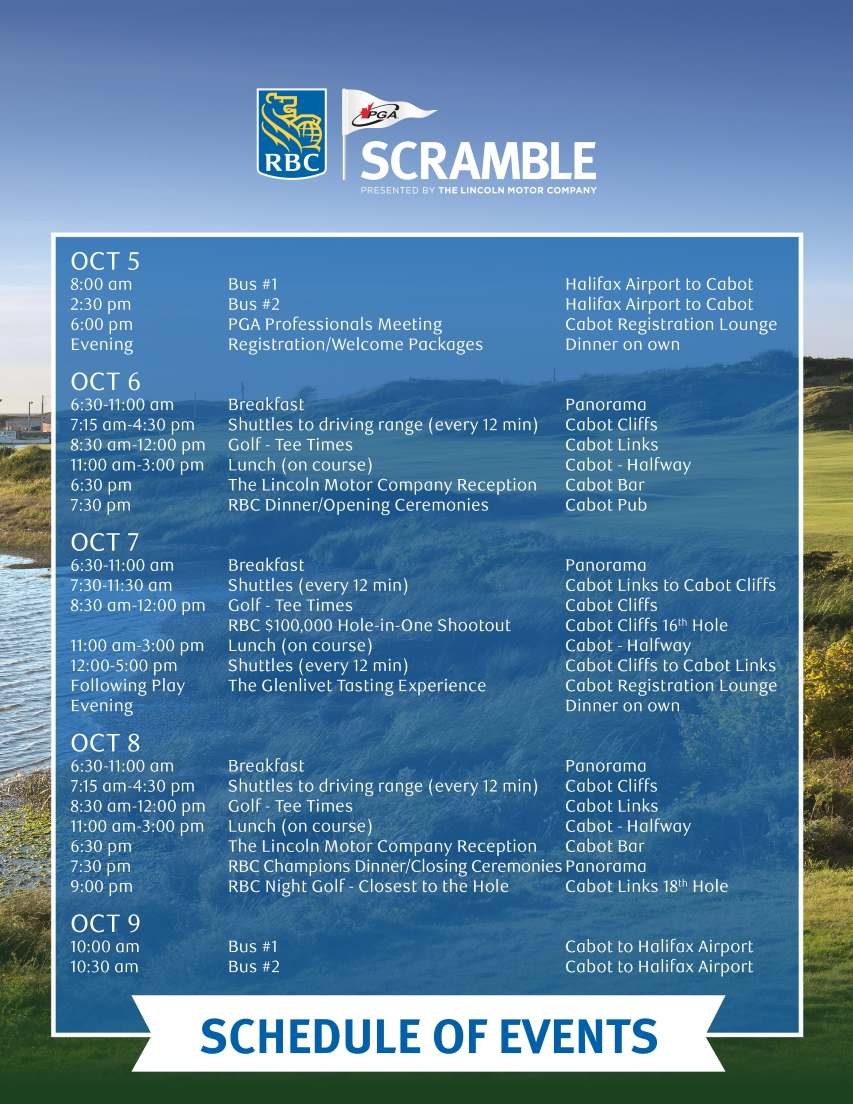 The RBC PGA Scramble presented by the Lincoln Motor Company saw thousands of golfers from across the country participate in the series of events this summer. The 20 teams participating at Cabot Links made it through local and regional qualifying events.

The 2018 RBC PGA Scramble presented by The Lincoln Motor Company National Final at Cabot Links was won by the narrowest of margins. Fox Meadow Golf Course in Stratford, P.E.I., finished the 54-hole national championship with a score of 53-under-par, a mere 0.1 better than the team from Ontario’s Whistle Bear Club.

“What an absolutely amazing experience this entire week has been,” said the Fox Meadow team after the victory. “Obviously winning the national championship is very special, but the experience has been much more than that for us—it’s been a journey that we will never forget for the rest of our lives.”

Those not playing in the RBC PGA Scramble of Canada presented by The Lincoln Motor Company National Final can still take part in all the action throughout the week at Cabot Links through social media. Watch on Facebook Live with multiple live streams—which include player interviews, behind-the-scenes looks, drone flyovers, opening and closing ceremonies, and more. Follow along on Twitter and Instagram as well for great social content.