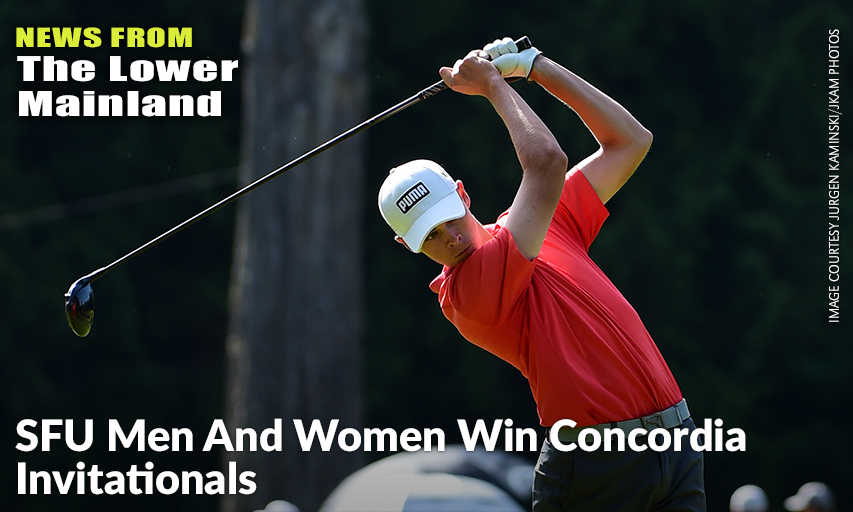 PORTLAND, Oregon — The Simon Fraser University men’s and women’s golf teams both turned in amazing performances to win the Concordia Invitational, although the men needed a tiebreaker to take the title. The women won the tournament outright by 10 strokes.

At the Concordia tournament, the SFU men won a tiebreaker against UC Colorado Springs to claim the team title after both schools finished at six-over-par 858 in the three-round tournament, shooting 290, 277 and 291 at the par 71, 6,697 yards Columbia Edgewater Country Club in Portland, OR.

Julius Kreutzer of Academy of Art won individual medalist honours after a 5-under-par 208.

Cammie Decker of Concordia University, who won a playoff hole against Claire Shubin of Dominican, captured the tournament. She finished tied with Shubin at 5-over-par 149.