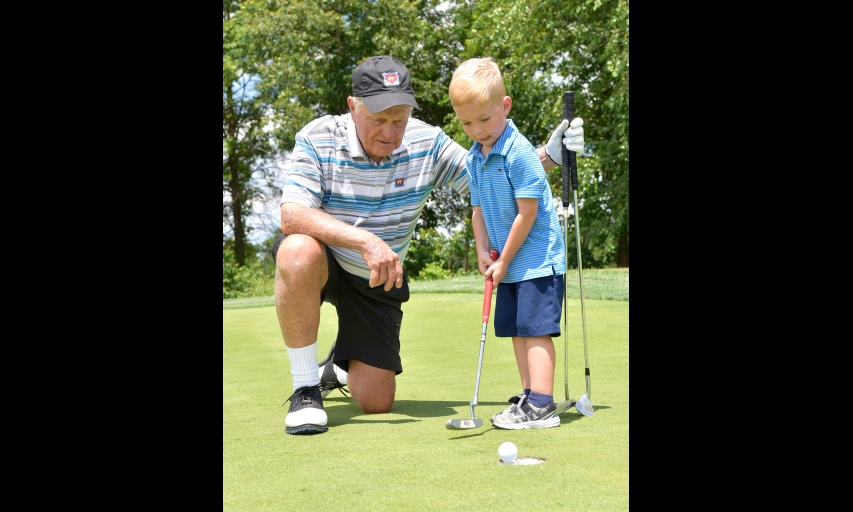 The three-day event was larger and even more exciting than in previous years, with the addition of a welcome party and concert at Cana Vineyards and Winery, featuring The Celebrity All-Star Band on Saturday evening, June 24. The following night, Golf Channel’s Charlie Rymer hosted the annual gala dinner and auction for nearly 300 attendees at the Salamander Resort & Spa, where the top auction item, including a dinner cruise for eight people hosted by Jack and Barbara Nicklaus aboard the “Sea Bear,” was sold twice for $75,000 each. Additionally, Jack Nicklaus entertained the crowd during a fireside chat with special guest Roy Williams, Head Basketball Coach at the University of North Carolina, the 2017 NCAA Champions.

“Each year, the Creighton Farms Invitational is an event we look forward to on our calendar,” said Barbara and Jack Nicklaus, who founded the Nicklaus Children’s Health Care Foundation in 2004. “But this year’s version had an energy, enthusiasm and passion about it that was unlike any Creighton Farms Invitational before, and we think that manifested in the record number of dollars raised. Our good friends John and Diana Jaeger, and the entire team from the National PKU Alliance-especially Jerry and Jill Elkins, whose family has been impacted by this little-known but traumatic disease-did a tremendous job in their first year, and we think their energy spilled over into many aspects. The teams from Southworth Development and Creighton Farms, plus the event committee, did their usual wonderful job, and poured their hearts into every detail. Weave in the touring pros who supported us, and it made for a memorable and impactful few days. On behalf of our Foundation, the Nicklaus Family, and the many families who will be touched by the proceeds of this event, we thank everyone involved in making the Creighton Farms Invitational such a huge success.”

The Creighton Farms Invitational was created in 2012, and was primarily the brainchild of David Southworth, President and CEO of Southworth Development LLC, which owns and operates Creighton Farms, a community featuring an award-winning Jack Nicklaus Signature Golf Course in Loudoun County, Va. Even Southworth is amazed at the success of the event in its young history.

“The Creighton Farms Invitational is an example of an event that’s much more than the sum of its parts, and one we are increasingly proud to host year after year,” said Southworth, who also serves as an event chair, along with Southworth Development Chairman Joe Deitch.

“In just six years, this event has raised close to $4.5 million for children’s health-care initiatives, and it brings us great joy to continue this tradition of raising funds for children, while providing a charity golf tournament experience unlike anything else in the region,” Deitch added.