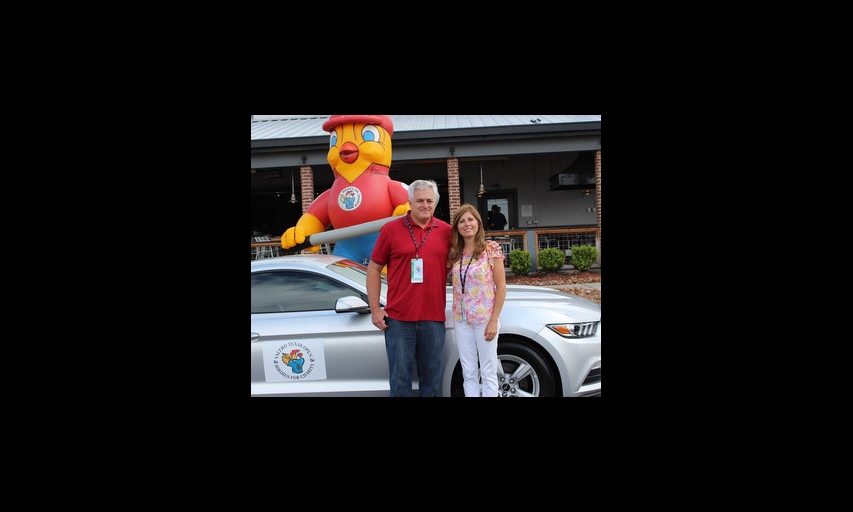 SAN ANTONIO, Texas — The second-annual Birdies Breakfast of Champions took place June 29, 2017, at Brick House Tavern.  Representatives from over 138 organizations — charities and program sponsors — from San Antonio, Austin and Corpus Christi attended the event as funds raised through the eight month-long Birdies for Charity campaign were distributed to one-hundred-and-seven (107) participating agencies.  More than $2.356M of this year’s $2.83M fundraising total was presented to a wide-variety of worthy causes.

The Birdies for Charity® campaign is a charitable initiative organized and supported by the Valero Texas Open, providing over 150 charity organizations throughout the greater San Antonio community and beyond with a fun and unique fundraising platform.

Individuals who made pledges or monetary contributions to Birdies for Charity had the chance to participate in one of several give-away contests provided by the Valero Texas Open.

GUESS THE BIRDIES CONTEST
Five (5) donors correctly guessed the exact number of birdies made during the Valero Texas Open – 1,975 birdies – a random draw amongst the five donors resulted in Les Barnes winning a Stay-and-Play Package at the J.W. Marriott San Antonio Hill Country Resort & Spa and TPC San Antonio.  Barnes made a contribution to the Birdies for Charity campaign in support of Northside Lions Charitable Foundation.

DONOR ATTENDANCE CONTEST
As has become a Birdies for Charity tradition, donors who attend at least one day of the Valero Texas Open (Thursday-Sunday) were entered into a grand prize drawing to win a two-year lease on a brand-new 2017 Ford Mustang courtesy of South Texas Ford Dealers.

At the conclusion of the Birdies Breakfast of Champions, representatives from South Texas Ford Dealers together with the Valero Texas Open surprised James White with the keys to his new Ford Mustang.

Andrea Desbien representing Fisher House Inc. at the Breakfast of Champions was so moved by the surprise contribution awarded through this contest that she gave a big hug to James White.

"This means so much and will do great things for our organization,” said Desbien.

Please visit www.ValeroTexasOpen.com to learn more about the Valero Texas Open and its Birdies for Charity program.