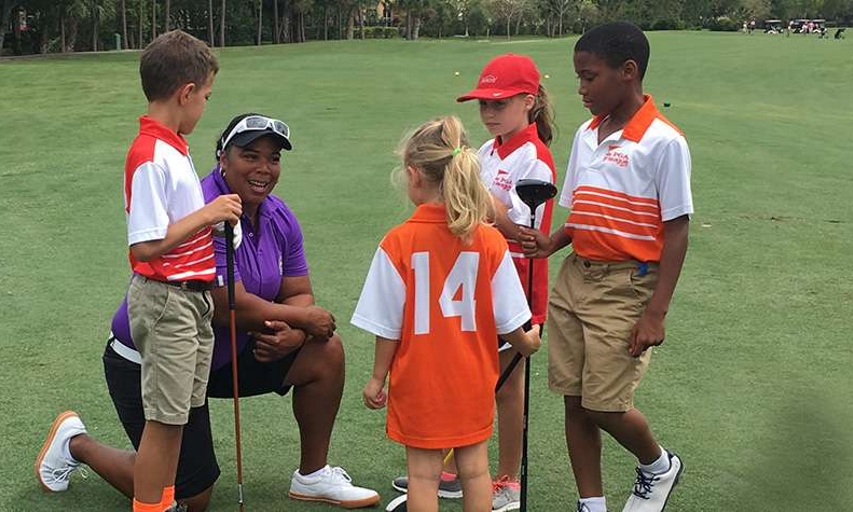 PALM BEACH GARDENS, Florida — On Sunday, July 16, CBS Sports will present “Turning Passion into Profession” — an hour-long special narrated by PGA Professional Gary McCord, which introduces viewers to PGA Professionals nationwide and highlights the diverse roles they play as experts in the game and business of golf. The program will air on CBS at 2 p.m. ET, prior to final-round coverage of the John Deere Classic.

The show is designed to inspire men, women and children of all ages who are enthusiastic about the game to turn their passions into careers in golf. The primary career paths of a PGA Member — Instruction, Golf Operations and General Management — are showcased, along with other opportunities to enter the industry, such as an entrepreneur, college coach and golf foundation executive. Among the featured PGA Professionals and their highlighted career paths are:

Joe Assell, PGA – President/CEO, GOLFTEC, Denver – In 1995, Assell took a leap of faith into golf instruction based on technology and computers to help people play better golf. From there, he built GOLFTEC into the world’s largest golf instruction company and one of the top employers of PGA Professionals.

Alison Curdt, PGA/LPGA – PGA Director of Instruction at Wood Ranch Golf Club, Simi Valley, California – The youngest woman to ever become a PGA Master Professional, Curdt qualified for the 2017 KPMG Women’s PGA Championship, her fourth appearance in this major. The 2015 LPGA National Teacher of the Year and one of Golf Digest's “Best Young Teachers in America,” Curdt inspires others to play the game and pursue a golf career.

Eric Eshleman, PGA – PGA Director of Golf, The Country Club of Birmingham (Alabama) – A PGA Member since 1995, and the recently elected Alabama-NW Florida PGA Section President, Eshleman is featured with his most recognizable student for the past five years, former U.S. Secretary of State Condoleezza Rice and European Tour player Paul Dunne.

Quincy Heard, PGA – Founder and CEO of Summit Golf Foundation; Warner Pacific College Head Men’s and Women’s Golf Coach, Portland – After serving in the U.S. Navy, Heard entered the golf profession as one of the first African-American PGA Professionals in the Pacific Northwest. He coaches the Warner Pacific College men’s and women’s golf teams; started the Summit Golf Foundation, which introduces boys and girls to the game, including kids in foster care; and mentored nearly 1,500 youth through the Portland Golf Association.

Stephanie Jennings, PGA – Assistant PGA Professional at Meadowbrook Country Club, Northville, Michigan – Jennings is making her mark by growing the women’s golf program at historic Meadowbrook Country Club. Throughout her career, she has been involved in all aspects of golf from working as a PGA Assistant Professional to executive management at the Executive Women’s Golf Association to program administrator with the Middle Atlantic PGA Section.

Jessie Walker, PGA – General Manager, Cypress Lakes at Travis AFB, Vacaville, California – Walker, who served in the U.S. Army for 20 years, has guarded generals, ambassadors and heads of state during his military career. Now, a PGA Certified Professional, he brought the PGA HOPE (Helping Our Patriots Everywhere) program — which teaches golf to military veterans — to Northern California in 2015, earning the Section’s Patriot Award in 2016.