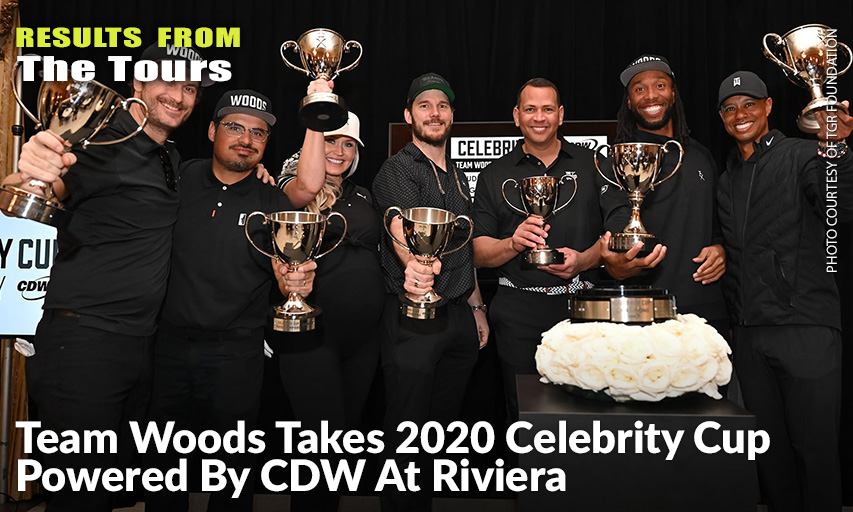 Match-ups and scoring results for the 2020 Celebrity Cup powered by CDW:

New to the 2020 Celebrity Cup was the addition of CDW as the powered by partner. CDW and technology partner Microsoft Surface powered many behind the scenes activations for guests, including the match-up selections, a swing analysis station on 16 tee and a gaming station featuring custom video games designed by students at the TGR Learning Lab. A longstanding partner of The Genesis Invitational and TGR Foundation, CDW and Microsoft Surface also serve as the technology partner of the TGR Learning Lab at The Genesis Invitational’s Family Village.

The Celebrity Cup powered by CDW tees off a full week of activities at The Riviera Country Club for the 2020 Genesis Invitational. The event, in its second year, is one of many special events hosted by Tiger Woods throughout the week.