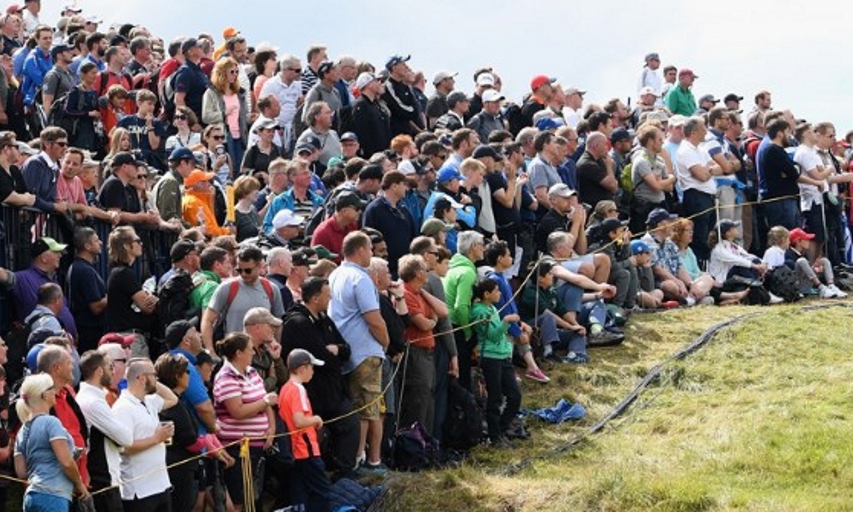 A Record-Breaking Crowd Of 235,000 Attended The 146th Open At Royal Birkdale, Setting An Attendance Record For A Championship Staged Outside Of St Andrews. (Photo/The R&A)

This year’s attendance surpassed the 230,000 mark set at Royal Liverpool in 2006, making it the largest ever Championship held in England and reflects a 17% increase since The Open last visited Royal Birkdale in 2008.

Record advance ticket sales made it the fastest-selling Championship in history and included more than 15,000 Youth Tickets. Overall 30,000 golf fans under the age of 25 attended The Open, 13% of the total crowd, and included over 15,000 juniors aged 16 and under who attended free-of-charge as part of the Kids Go Free initiative.

Huge demand for The Open’s official hospitality offering led to all six packages selling out, including the Claret Jug Pavilion, Champions Club and Greenside Club.

Martin Slumbers, Chief Executive of The R&A, said: “One of the main reasons why The Open is so highly regarded as a world class sporting event is the hundreds of thousands of spectators who generate a very special atmosphere for the players and millions of viewers watching around the world.

“A record-breaking crowd has enjoyed a week of thrilling golf and we thank every single person who has visited Royal Birkdale over the last eight days for making this a very special Championship.”

The 147th Open will take place at Carnoustie from 15-22 July 2018 and fans who are eager to beat the rush to buy tickets can sign up to The One Club, a unique membership that allows fans to sign-up for free and get exclusive access to behind-the-ropes and other money-can’t-buy experiences, including priority access to tickets for the Championship in 2018, 2019 (Royal Portrush) and 2020 (Royal St George’s). Visit TheOpen.com/TheOneClub for more information.