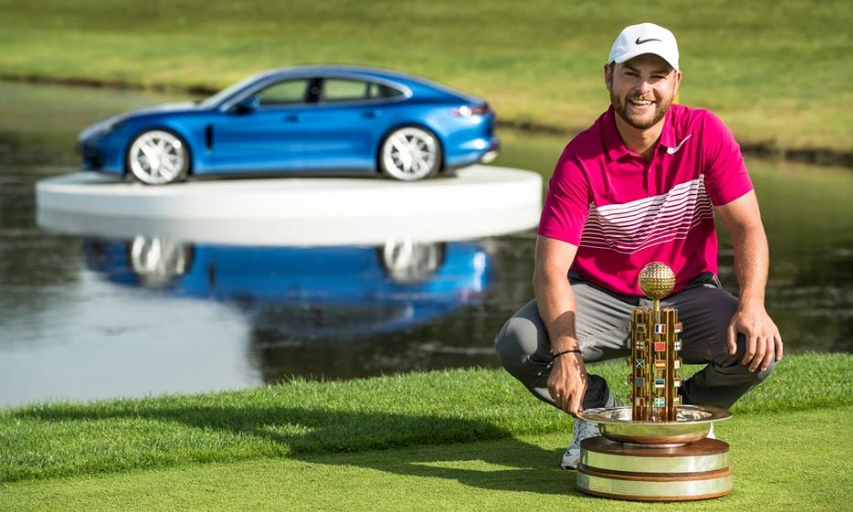 Levy led by a single shot at the 18th hole, but the French player had to tap in a tricky par putt to force the playoff after playing partner Smith, the overnight leader, holed his 10-foot birdie putt to go 13-under.

Smith's close-range birdie in the playoff secured his first European Tour title in his 25th event.

Smith says, "I've loved it. It's been nerve-wracking at times but I've really enjoyed it."

The English player's round of 71, including three bogeys, was his worst after rounds of 70, 67and 67 the previous days.

Play had been suspended due to the threat of lightning in the morning.