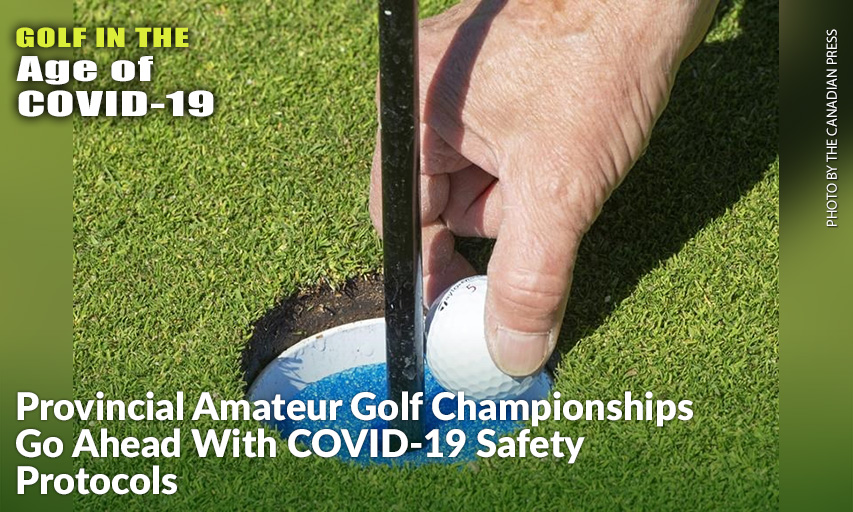 As each provincial golf association has planned its respective amateur championships, organizers have had to take a back-to-basics approach to keep players, officials, and volunteers safe from COVID-19.

“It’s all about the players, the golf course, and the tournament,” said John Deneer, events and tournament manager for Alberta Golf. “No excess, no nothing. Just the players, so I’m glad we can do that.”

Alberta began its championship season on Tuesday with its men’s mid-amateur championship at Coyote Creek Golf & RV Resort in Sundre.

That province has implemented strict rules for its championships including no caddies, no guardians accompanying juniors and no spectators at its championship tournaments. Volunteer commitments have been reduced as much as possible and scorecards won’t be signed by both players, all in an effort to “reduce multiple touch points.”

Deneer said that although he expected there would be slightly lower registration for the provincial championships, it was actually higher than usual.

“When we announced that we were going to run the championships we felt comfortable that we could run them in a safe manner,” said Deneer. “(The men’s mid-amateur) was full with a waitlist. … We’re getting full fields, a lot of participation.”

Golf Ontario opened registration for its championships on Wednesday morning, with executive director Mike Kelly confirming that its men’s amateur sold out in eight minutes. Ontario’s provincial association actually had to split up registration times for its amateur and junior championships – which open Thursday – in an effort to make sure its web servers didn’t crash.

Ontario is taking similar precautionary steps to safeguarding participants at its amateur championships, although its junior players will be permitted one guardian to walk the course with them.

Trophy ceremonies in Ontario will be limited to the winners and one official, although Golf Ontario plans to broadcast the championship celebrations online.

“The first championship trophy won’t be handed out until the very end of July so we have a bit of time to figure it out,” said Kelly, who noted that tournaments like the men’s and women’s senior championships would be held at the same venue so joint ceremonies can be held. “One of the things we’re looking at is using Zoom so we’re able to provide a link.”

These provincial championships will be the biggest golf tournaments of 2020 as Golf Canada had to cancel all of its national championships due to travel restrictions. The RBC Canadian Open, Canada’s men’s professional championship, was also cancelled, although the CP Women’s Open is still scheduled for early September in Vancouver.

Many provincial championships serve as qualifiers for national tournaments, so the cancelling of Canada-wide events have freed up dates later in the summer. British Columbia Golf CEO Kris Jonasson said his organization plans to make the most of those open weekends.

“We had very early in the competitive season determined that we would make a decision on each of our individual events four weeks in advance of the start of that particular championship,” said Jonasson, who noted that the first four events of B.C.’s season were cancelled but will now be rescheduled, likely into those slots left open by Golf Canada.

Jonasson also said that B.C.’s men’s amateur – slated for three weeks from now – may also be postponed, depending on when health authorities lift their ban on non-essential within the province.

“We’re now hopeful that in some type of a modified format we can get all of our championships in or at least enough championships that we can crown an individual winner in each of our respective categories.”